I arrived on the ferry from Bohol into Cebu City at the passenger ferry terminal in San Roque. I had really limited time here, it was already midday and I […]

So, before I left on my journey around SE Asia, all the info I found on Manila was basically telling me not to go. The capital of the Philippines does […]

Heading to Taipei, Capital of Taiwan.

Today I was off to my next Taiwan destination, the capital Taipei! It’s an easy journey from Taichung. I took the regular train which took around 2 and a half […]

After leaving Hanoi it was a short flight to Hong Kong, it’s so easy to get into the centre using the airport Xpress. I wasn’t feeling too great but I […] 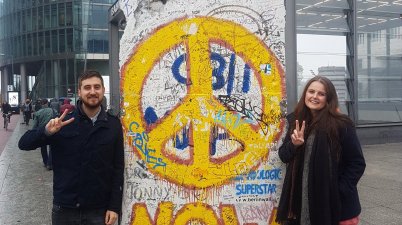 So an impromptu visit to Berlin was on the cards, I’ve visited before and loved it as a City. This time we were going over for a concert and a […]

Yangon and the Giant Pagoda

So I woke up late today after bumping into a fellow backpacker that I had met in Inle lake, who was staying at my hostel. I decided to go out […]

The old Capital of Myanmar, Yangon.

I arrived on the night bus into Yangon early in the morning, and like most buses in Asia it dropped me off on the outskirts of the City. You can […]