Brussels, capital of Belgium and home to the EU. The only reason I visited here the first time was because of cheap flights. My friends and I were desperate to get away somewhere and it cost about £25 return each. 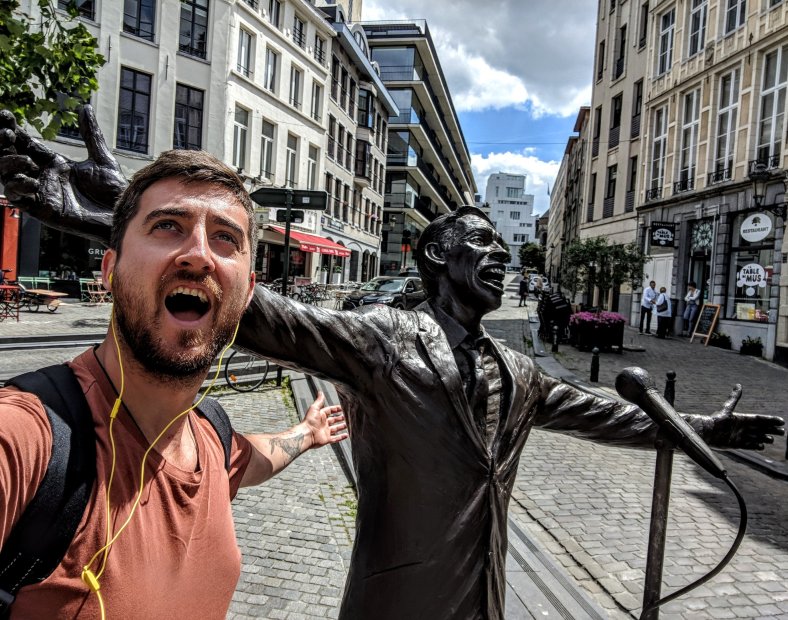 After a few days here, I fell in love. There’s so much to see and do! The food is great and the beer is some of the best in the world.

I returned recently to relive some experiences and to find some new sights and it was just as magical. The gay scene here is also top notch. 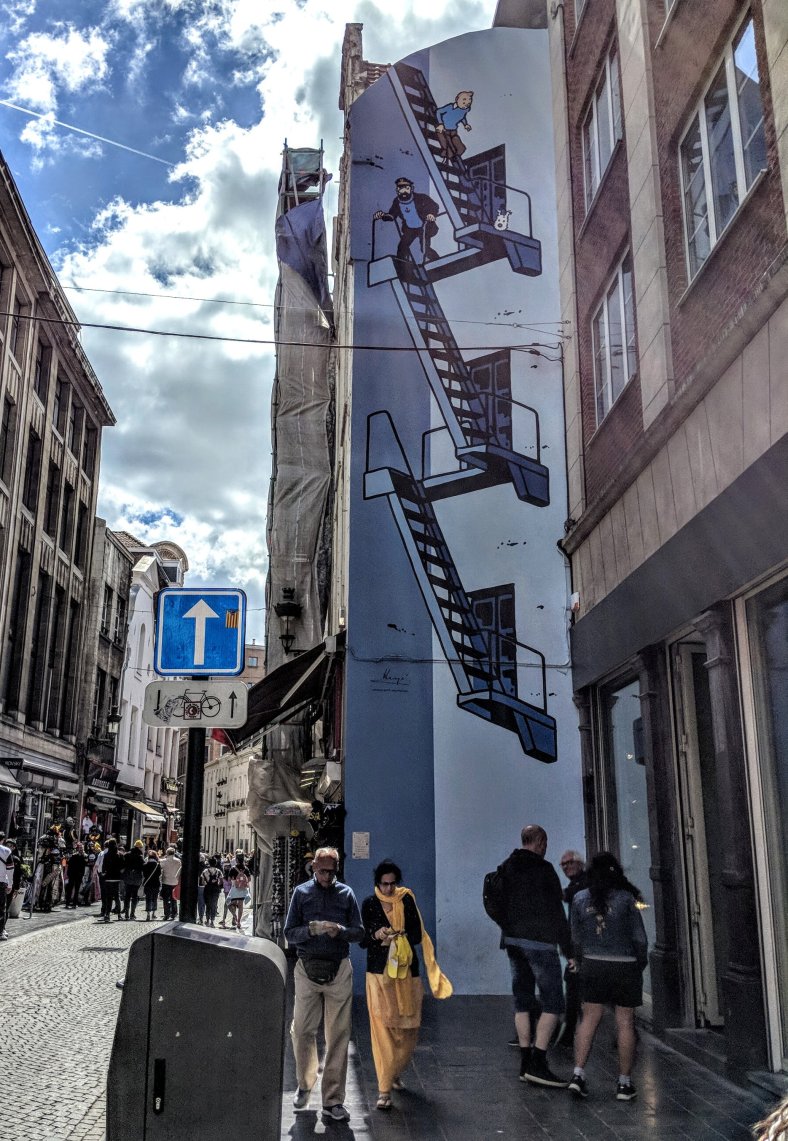 We were based right next to the Grand Place, a huge square surrounded by some of the most extravagant and beautiful buildings you’ll see in Europe. 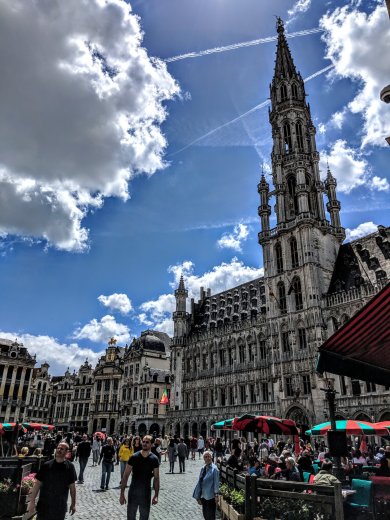 Starting off as a market square sometime in the 11th century, it’s now home to the town hall, old guildhalls and the City museum. It’s also a UNESCO world heritage site.

From here head down Rue Charles Buls to one of the strangest attractions I’ve ever seen in a country. The Manneken Pis is a 17th century fountain of a young boy having a wee.

There were big crowds here both times I visited, he gets dressed up for festivals and holidays, and you can’t go 10 feet without seeing a souvenir with him on it.

They even built a female version called Jeanneke Pis. Don’t spend much time here, but rather enjoy the cool street art dotted around and indulge in a Belgian waffle or some frites with mayo. 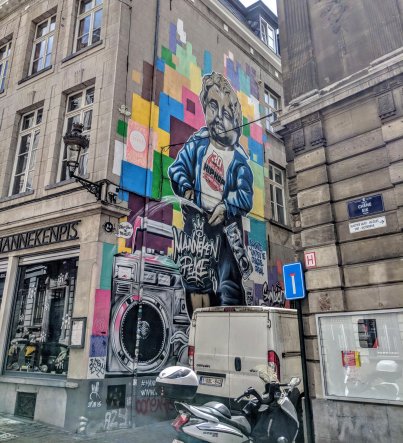 A beautiful area of the City is the Parc De Bruxelles, a lovely green space which leads up to the Palace De Bruxelles. You can walk down through the Parc Bruxelles to get back to the main part of the City. 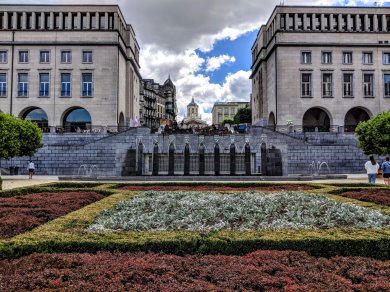 For those interested in street art, this is the City to go to. I spent a couple of hours following this map here. My advice? Wander around and stop at the many bars for a real taste of Belgian beer along the way.

You can admire the beautiful old architecture along the way, my walk took me out to the canal, before heading back into the City via Plaine de Jeux Quai A la Houille and it’s cute pigeon soldier statue.

I followed the square down, past Fontaine Anspach to St Catherine’s church. Then stopped for a few beers and to watch some football. I got chatting to an American Dad and Son and we had a good time enjoying the beers and watching the football.

We ate on Rue des Bouchers, something which I wouldn’t recommend, it’s all catered towards tourism, although the street is cute to walk along, the food was the worst we had and it was Moules a Frites! a staple of Belgian cuisine. 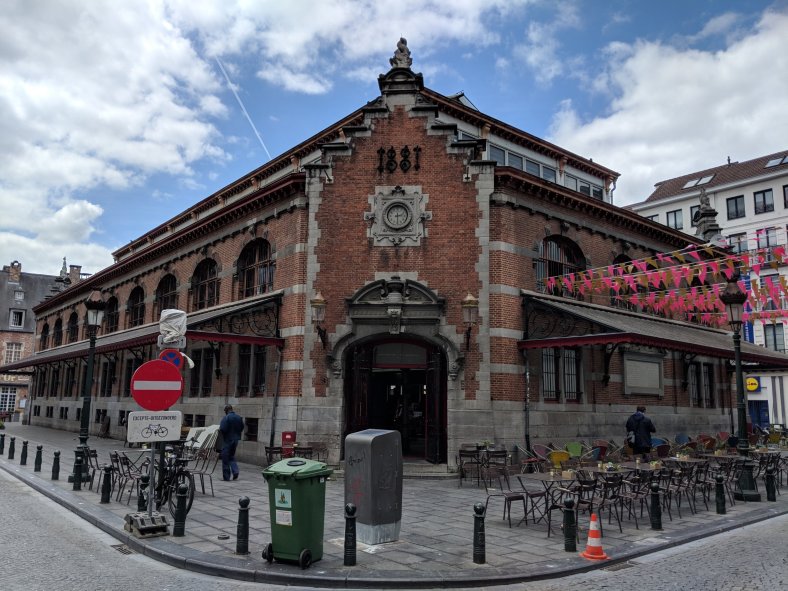 That night was spent singing karaoke and dancing away. We went on a day trip the following day to Bruges, but it was literally a downpour so we didn’t do much there apart from a very wet boat ride and sampling Belgian beers. 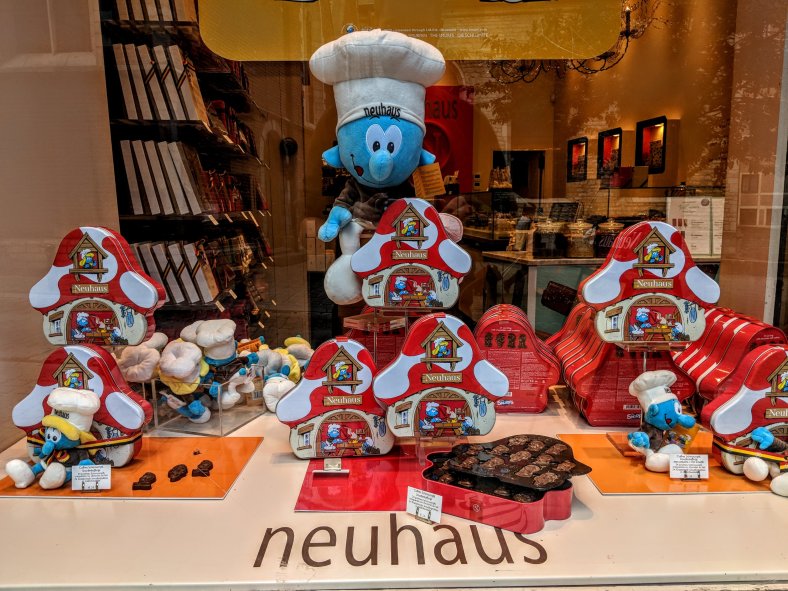 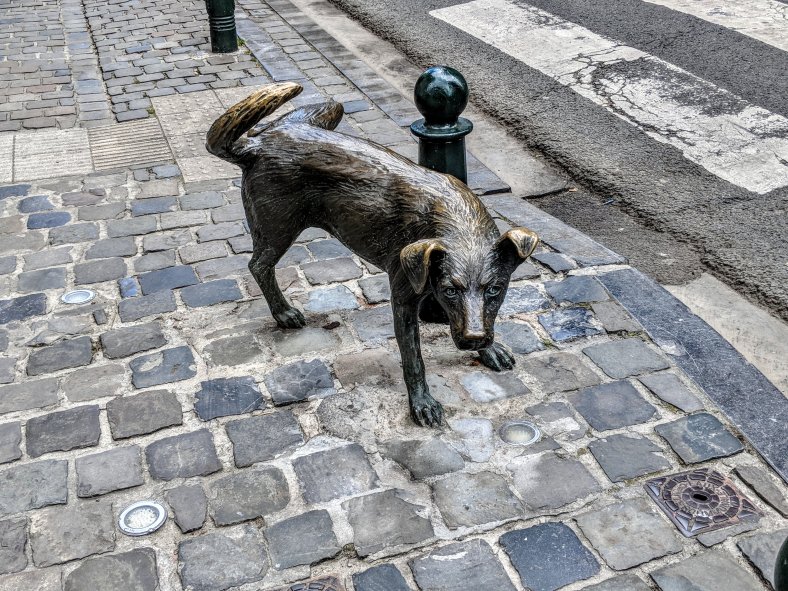 If you get chance, head out towards the Atomium, an exhibition space that’s a very interesting building especially from the outside. It was built for the world fair in Brussels.

Just along from here is a miniature recreation of Europe! Although not essential it’s a pretty fun place to wander around and see each countries most famous sights.

There’s even a space rocket launch at the end!