A Winter Wonderland in Tallinn.

Tallinn had always been high on my list of places to visit. Somehow I had made it to the other Baltic nations of Latvia and Lithuania first, mainly because they were both easier to get to. 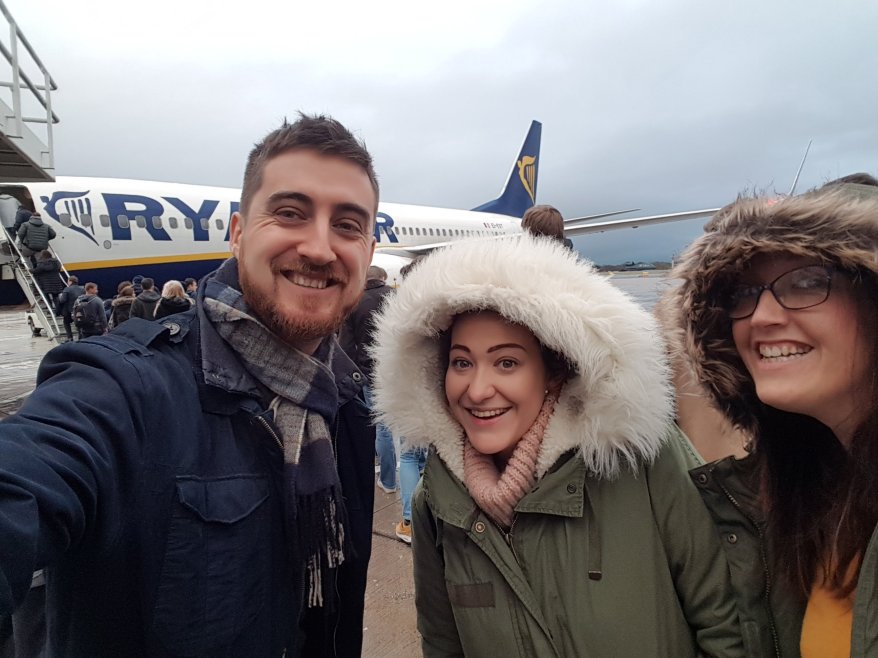 It’s is the capital of Estonia, it’s located on the North coast directly across the gulf of Finland from Helsinki. It has a rich history, and was occupied between 1940-1991 by the Soviet Union, Nazi Germany and then the Soviet Union again!

52% of the country is covered in forest, and it has one of the lowest populations in Europe at 1.325million. 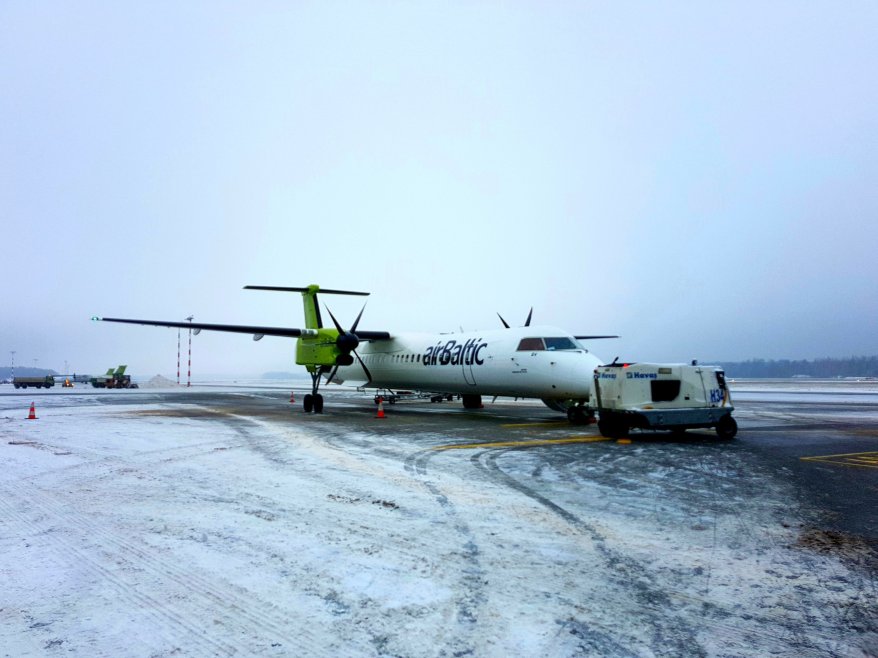 To reach Estonia we took a flight to Riga and then on to Tallinn from there. It was actually pretty easy and fun because we met up with our friend Amy in Riga airport. It was January so we were hoping for snow and we weren’t disappointed. 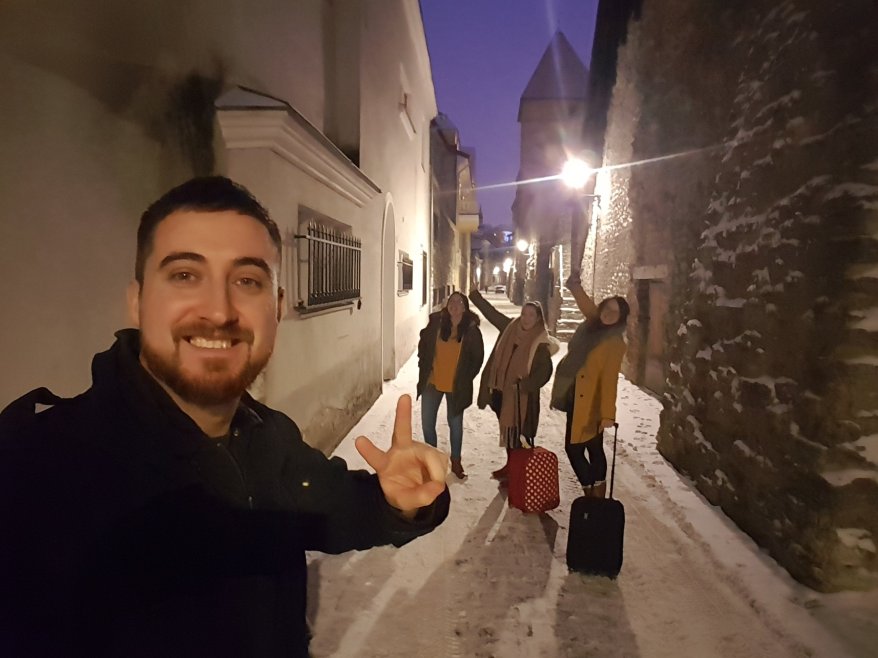 We arrived quite late and took a taxi to our cute apartment located right by the old walls of the City. I used Booking.com and we used daily apartments for 7 of us. It was a beautiful space and great location. After a quick change we headed out for dinner. 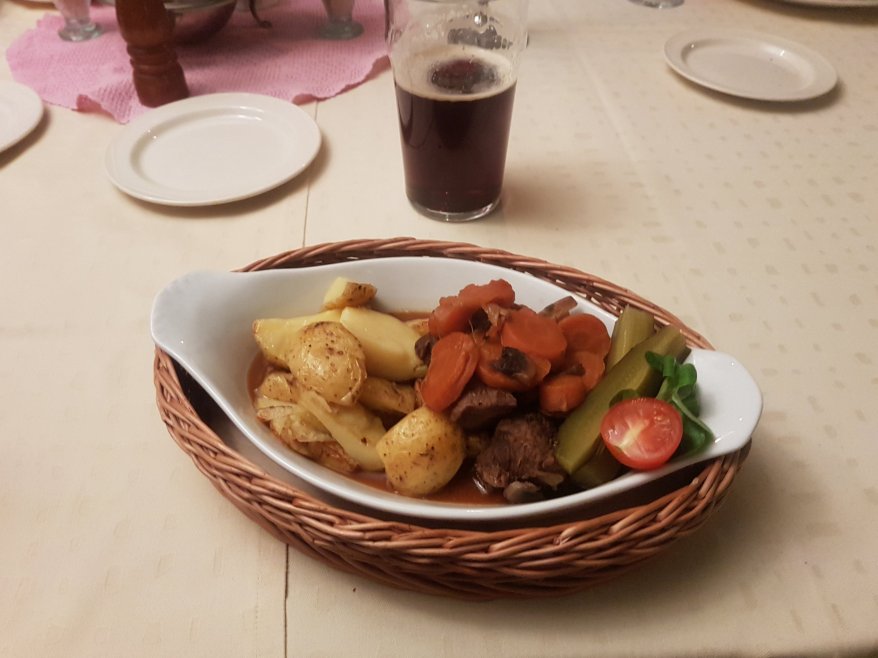 We ate at a traditional Estonian place where I tried Elk for the first time! It was pretty good and we had a couple of local beers to wash it down, after another beer or two at a nearby pub we walked through the winter wonderland that was the town square with a huge Christmas tree in the center and everything was covered in snow. There’s a big Irish bar situated here and we took the opportunity to try Vana Tallinn, the Cities own personal liquer! 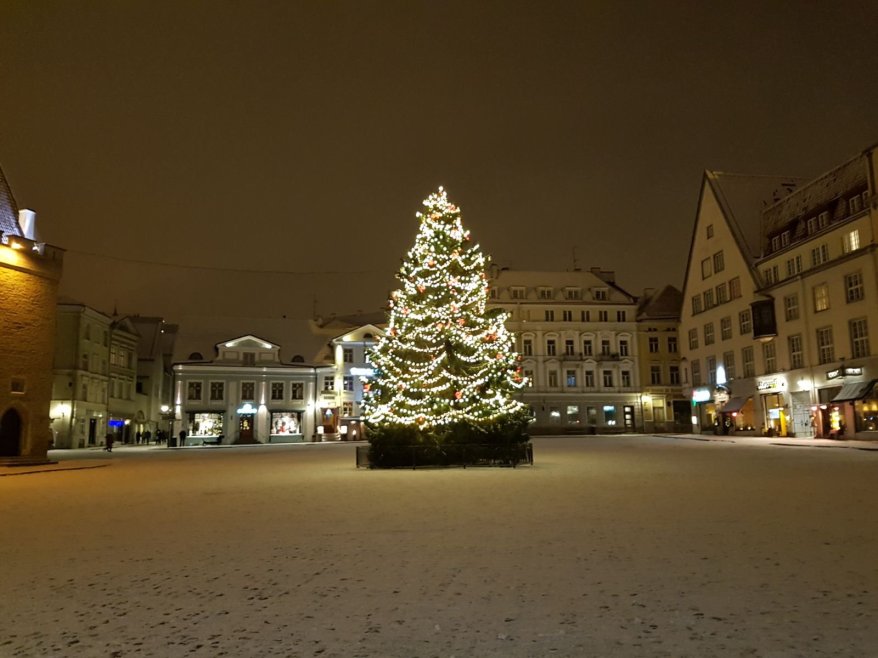 The next day we got up and headed out to explore properly. It’s such a pretty place and the whole old town is UNESCO heritage, we wandered along the old town walls and through a lovely big park at Tower’s square. We stopped at some cute shops along the way and emerged into the town square again. 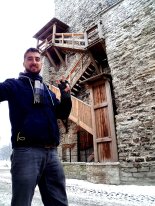 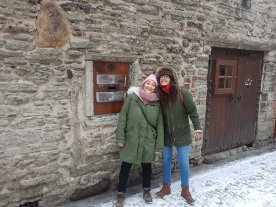 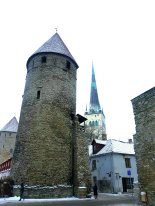 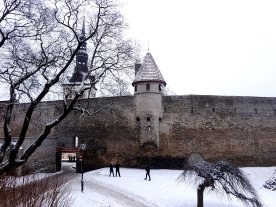 The town hall is so cute, it was completed in 1404 and is the oldest in the Baltic/Scandinavian region. I loved all the Gothic and Hanseatic architecture, it feels like you’ve gone back in time hundreds of years. 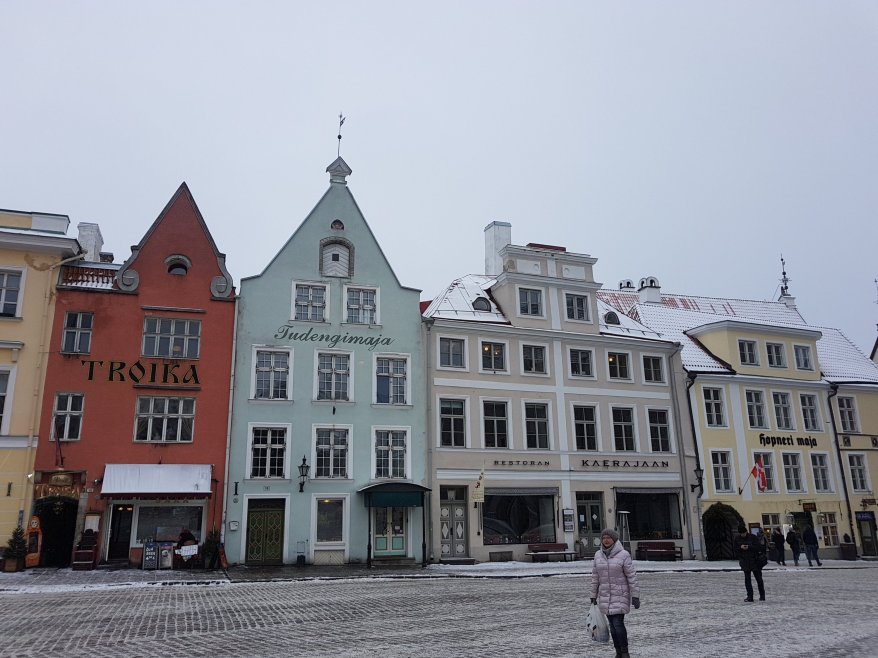 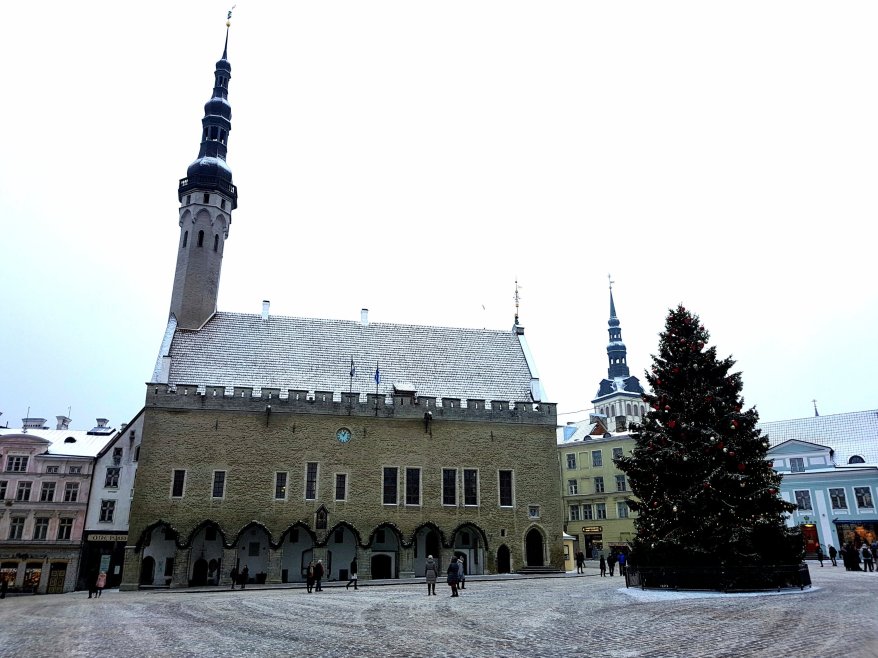 We walked down Viru Tanav which is pretty touristy but not overly busy. It ends at Viru gate, two big towers guarding the way in and out. For €3 you can climb the walls and explore, the views from here of the tiled rooftops covered in snow was amazing. 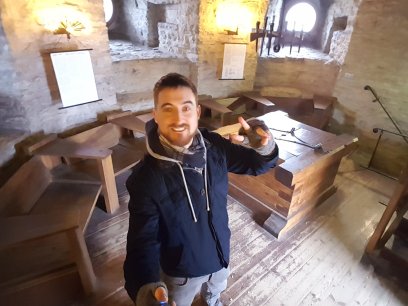 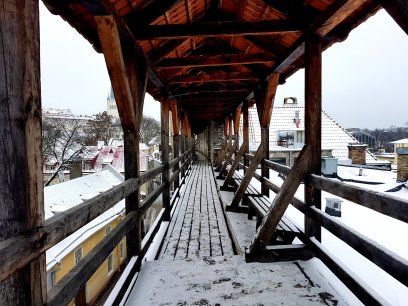 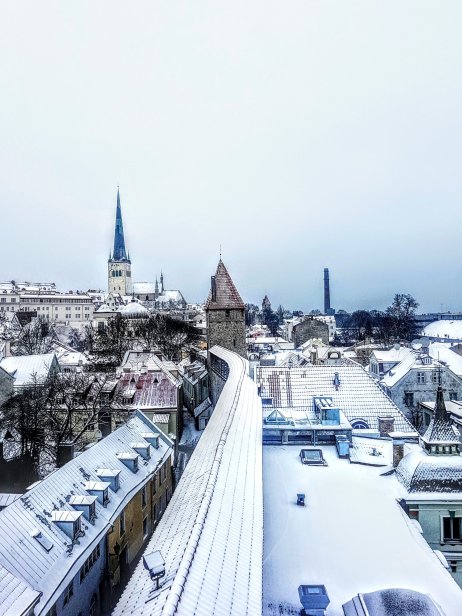 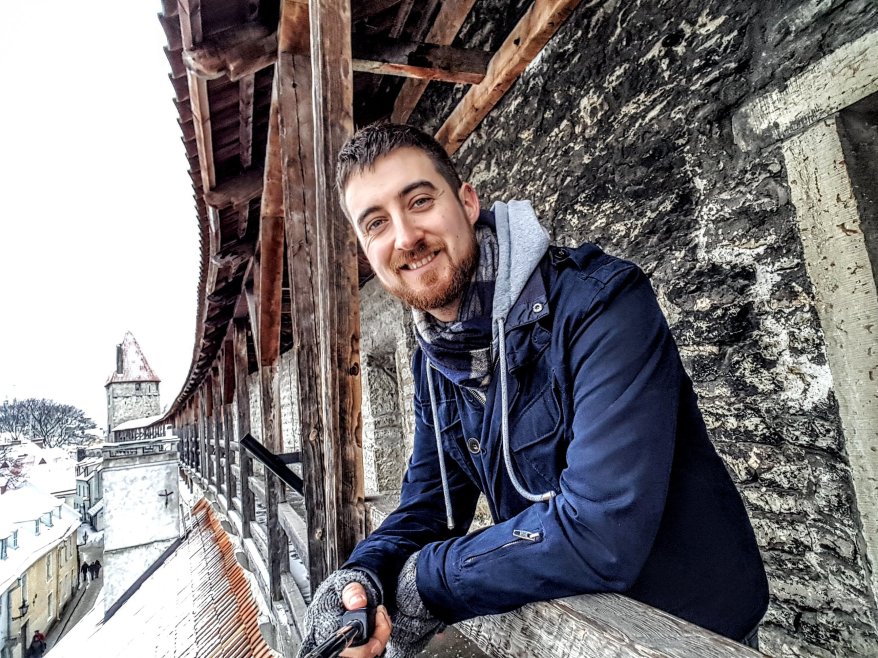 Tallinn is a great place to wander the little streets and get lost, and that’s just what we did. It felt like a really safe place too. We somehow ended up back in the main square and stopped at another traditional restaurant for lunch, it was pretty expensive so do some research before you go. 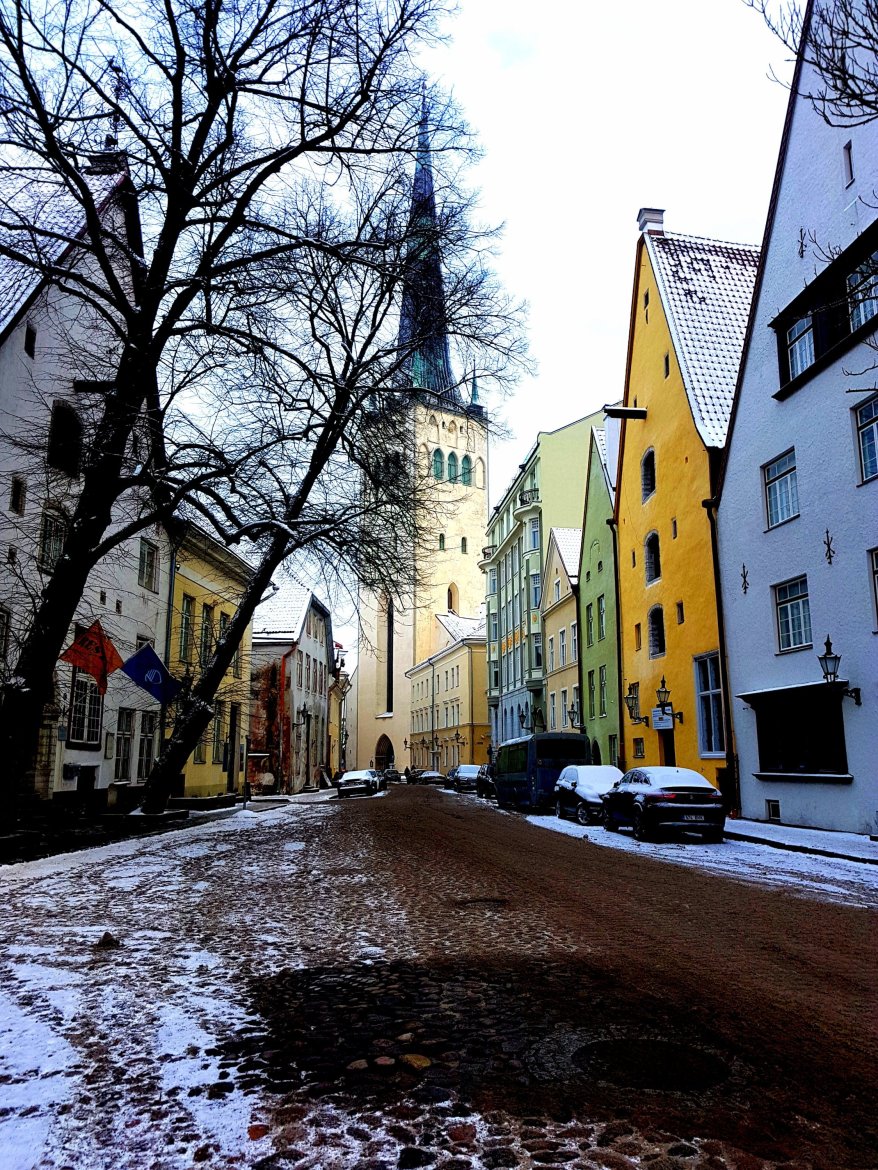 Once we were all filled up we decided to head up Toompea hill. It’s a large tableland piece of limestone that sits right in the middle of the City. It’s believed to be the resting place of King Kalev, an important figure in Estonian culture and folklore. Now it holds Toompea castle and the awesome Alexander Nevsky Cathedral, it also houses the Estonian Parliament. 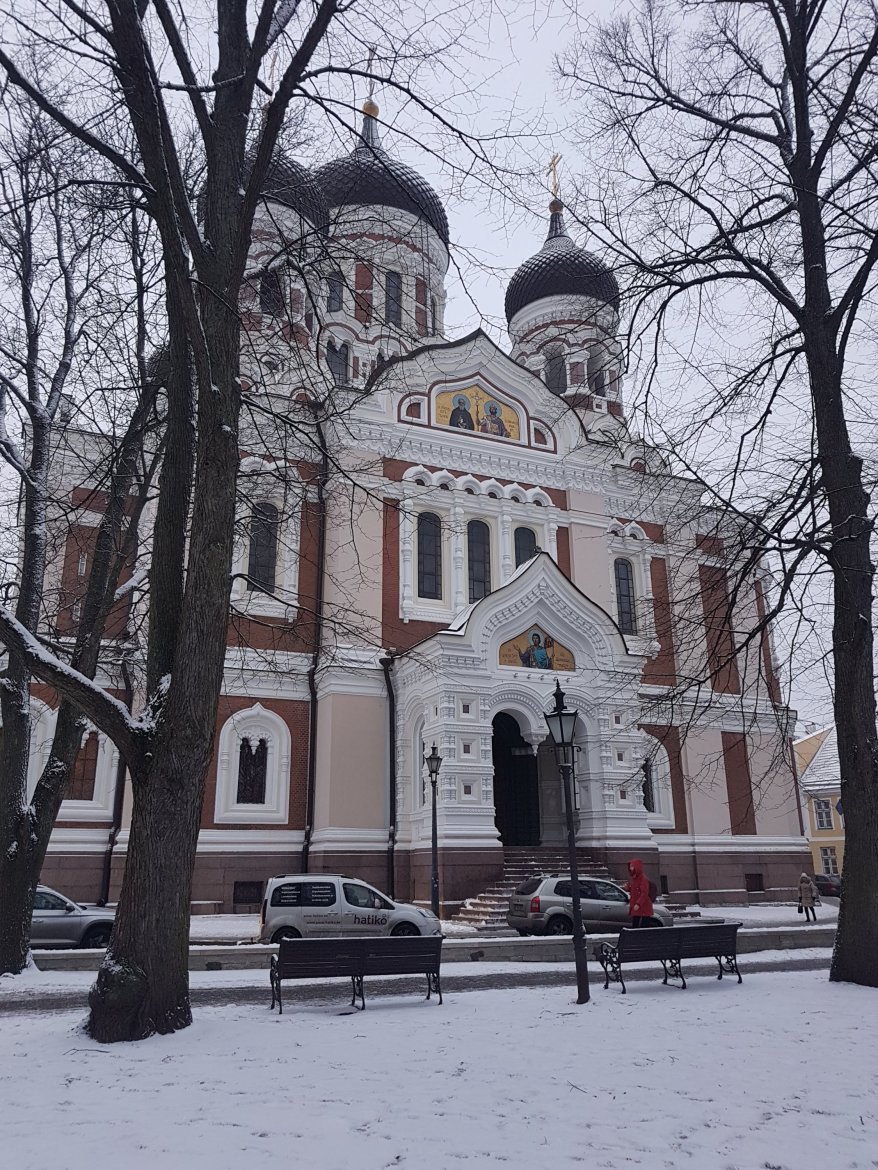 It’s a fun walk up the hill and not too taxing, and once you’re at the top the Cathedral takes centre stage, big and imposing it feels like it sits right in the middle of the hill. It was starting to get dark already due to the time of year and the temperature dropped a bit, luckily we found someone selling mulled wine which was delicious. 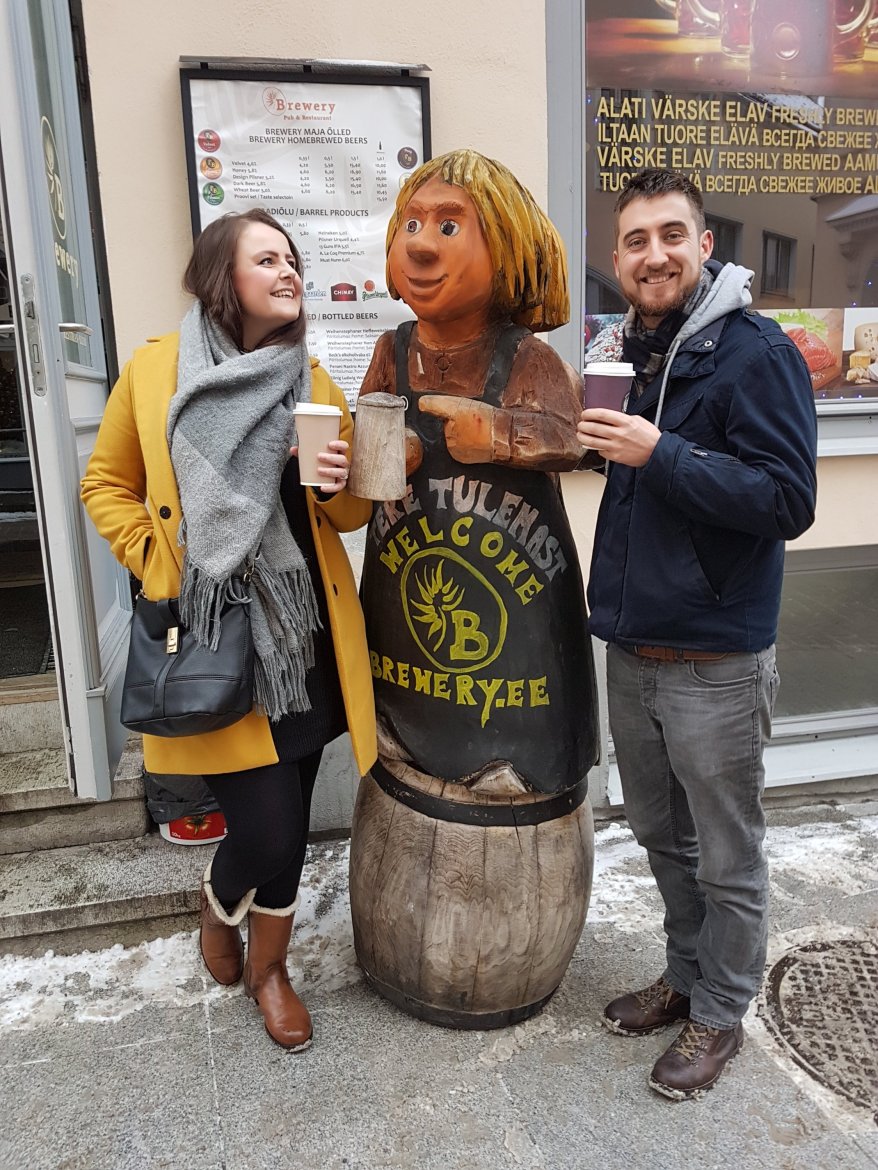 There are some gorgeous buildings here, but the main event for me was thge Kohtuotsa viewing platform. This looks out over the whole of the old town, and as night fell twinkling lights began to appear in front of us and it began to snow. It was an amazing spectacle to witness. 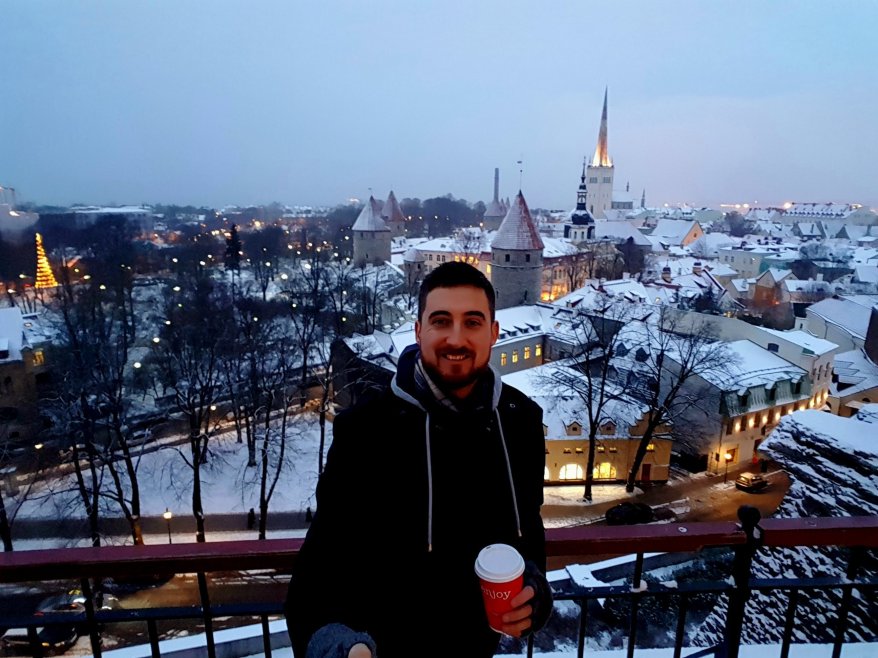 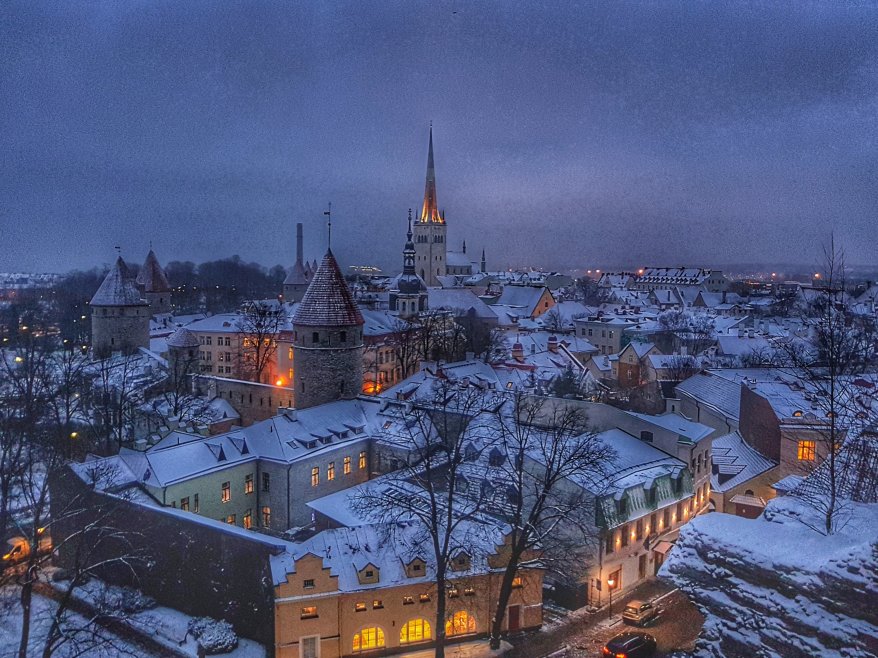 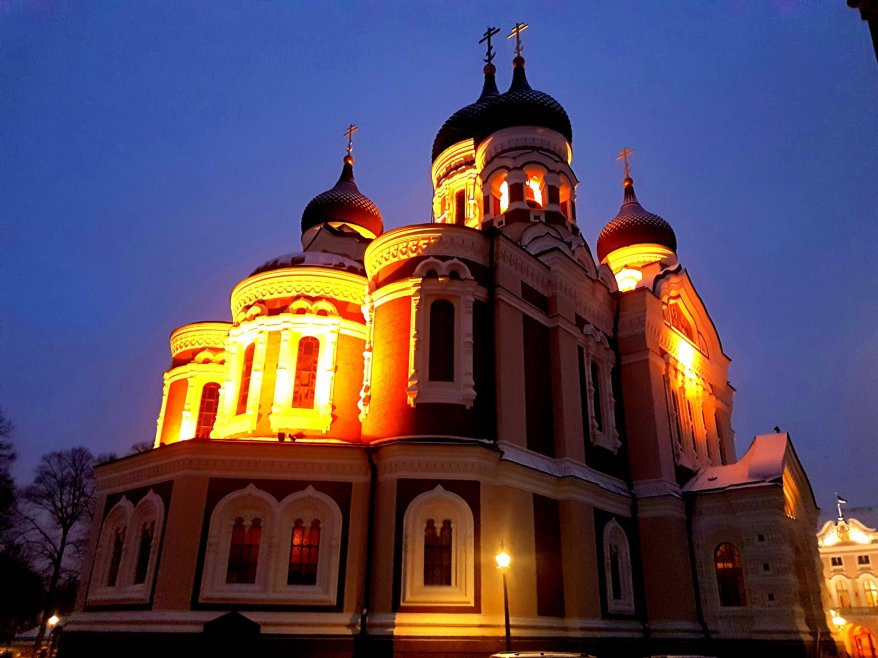 We followed a different path down into the town and passed Kiek De Kok which we’d be heading to tomorrow, and freedom square. Freedom square is a big open space which has the cross of liberty as part of Estonia’s memorial to the war of independence. 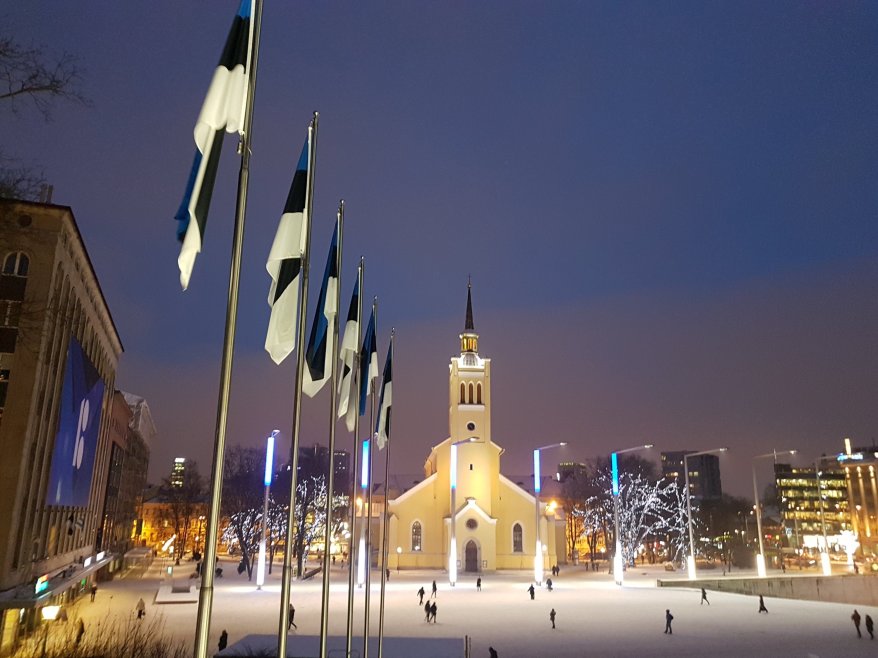 After a lot of sightseeing we stopped at a bar we noticed along the way, it was called Labor Baar and was totally science themed, you could order test tube shots and cocktails in science beakers and the whole placed was decked out to the max. We stopped to have some food and then walked up to a fun bar that was completely dedicated to Depeche Mode. 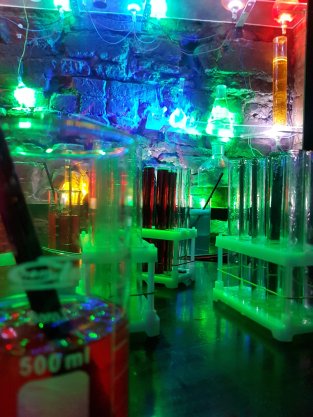 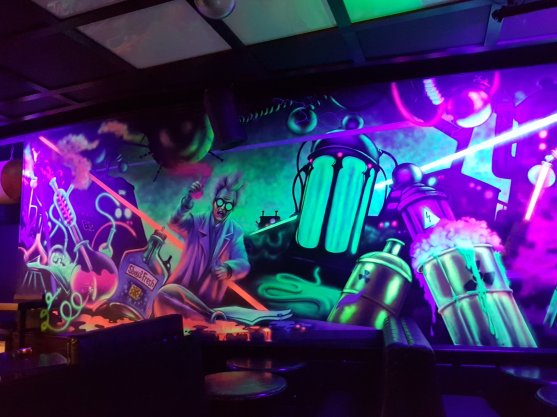 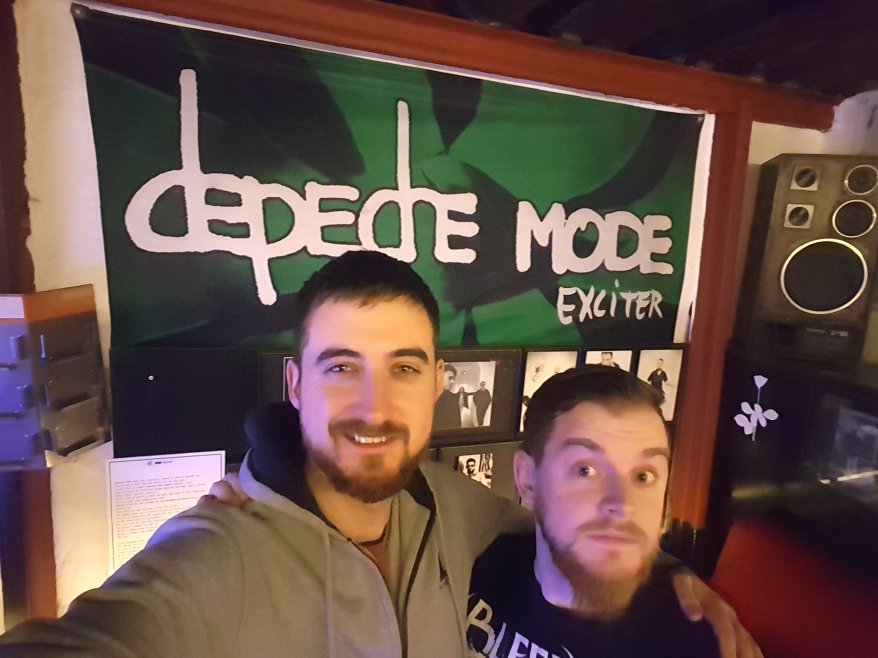 After a few beers we realised we didn’t know as many songs as we thought, so off we went to Satumaa karaoke bar! It was a lot of fun and everyone was pretty crazy there, we sang a few songs and somehow managed to wander back to our apartment feeling pretty tipsy. 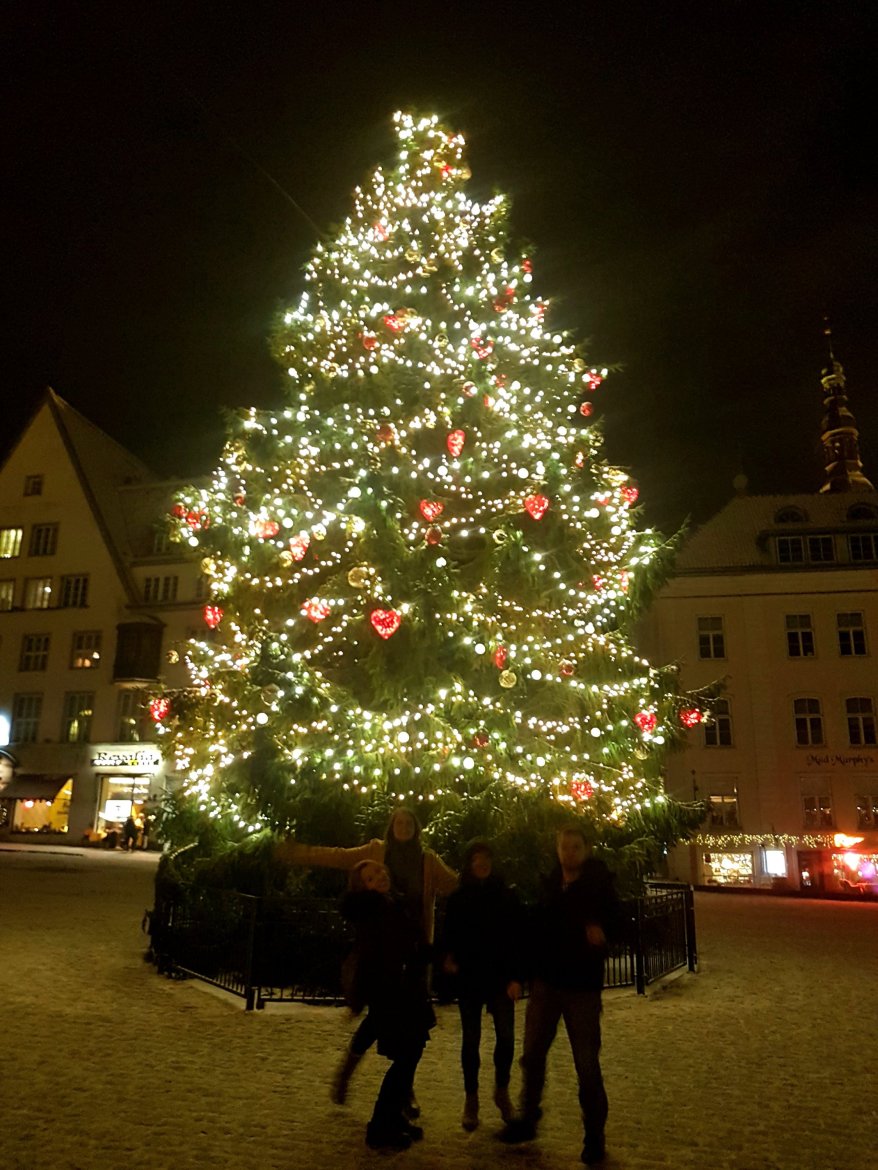