After leaving Hanoi it was a short flight to Hong Kong, it’s so easy to get into the centre using the airport Xpress. I wasn’t feeling too great but I had booked a night at the Metropark at causeway bay earlier in the year so I was excited to have some more luxury.

I checked in and immediately took in the stunning views over Hong Kong Island at Victoria bay. I loved it and the rooftop pool was incredible! I decided I would go up Victoria peak for the sunset and off I went, stuffed full of anti-flu meds, I took the Subway.

It’s so easy to take the underground, you can get a 24hr pass or pay stop to stop. I went to central and then started the ascent to the tram that would hopefully take me up to the peak. Unfortunately I got a bit lost, my map apps wouldn’t work in between the big buildings, I felt like crap and it was so humid I couldn’t stop sweating. 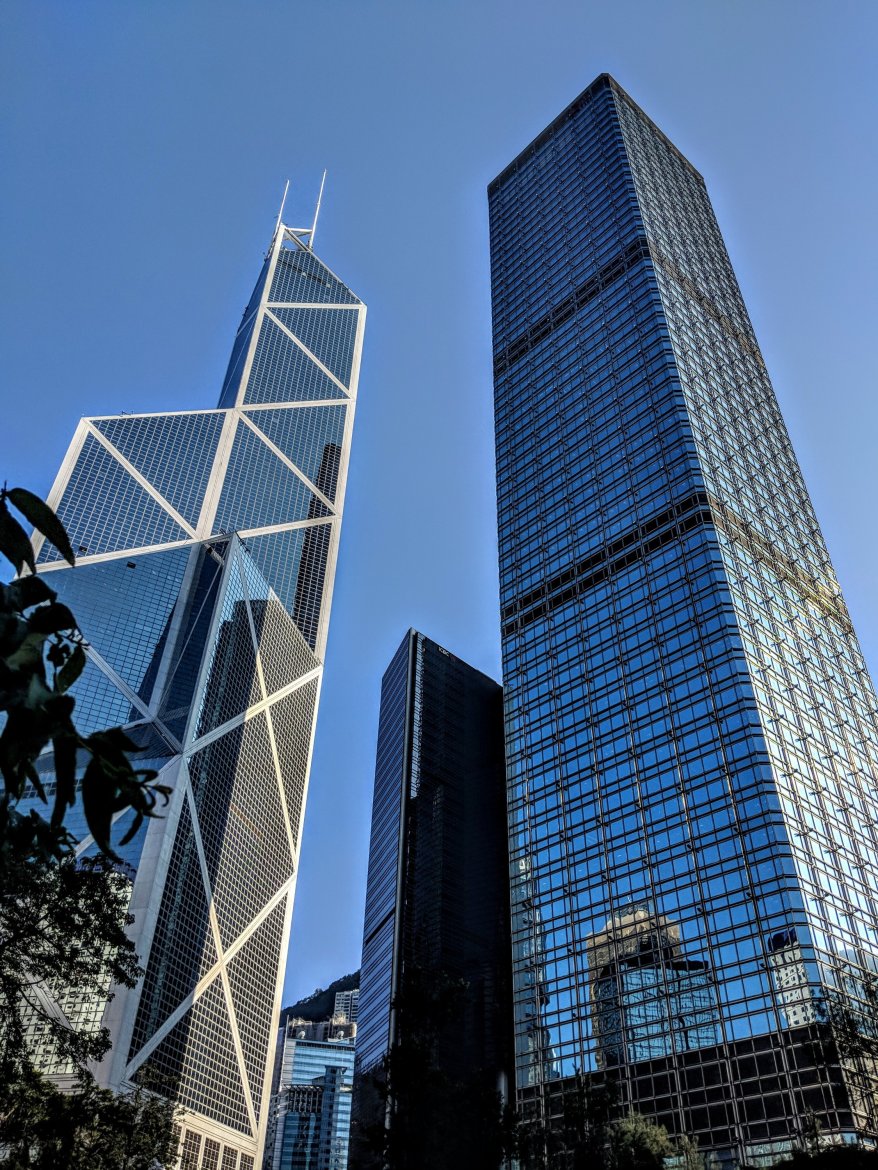 So by the time I eventually found the tram, and realising I had walked halfway up the peak before walking back down, the queue was huge and I knew I wouldn’t make it for sunset. I was annoyed because it was a clear day and I had read they can be few and far between in Hong Kong.

I decided to make the most of it so walked along the harbour side and watched the old junks with their red sails ferry around the water. I got some Durian ice cream, I thought I would try it and it was not a good idea, definitely an acquired taste! 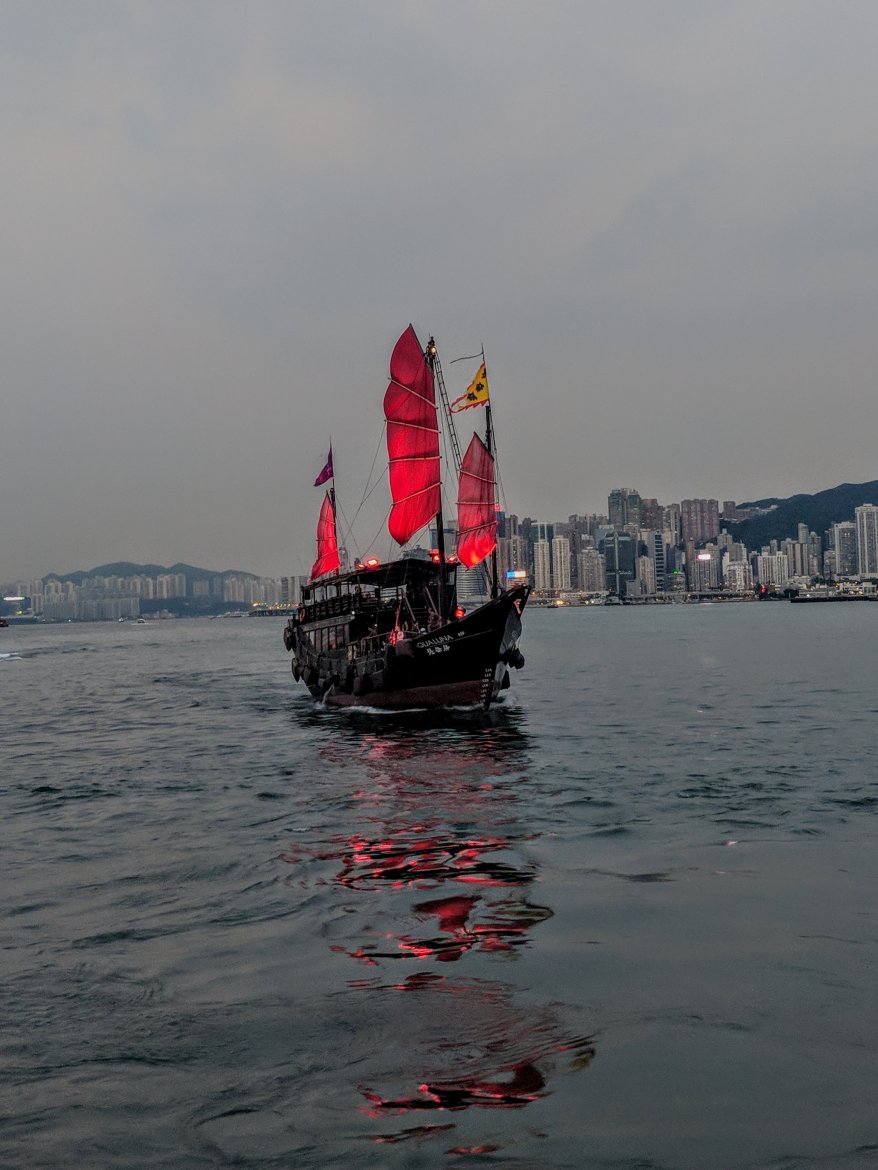 Night started to fall and I took the Ferris wheel near the ferry port to get an amazing view of the City. It was so cheap too, the HSBC building was the best but all the lights were insane! 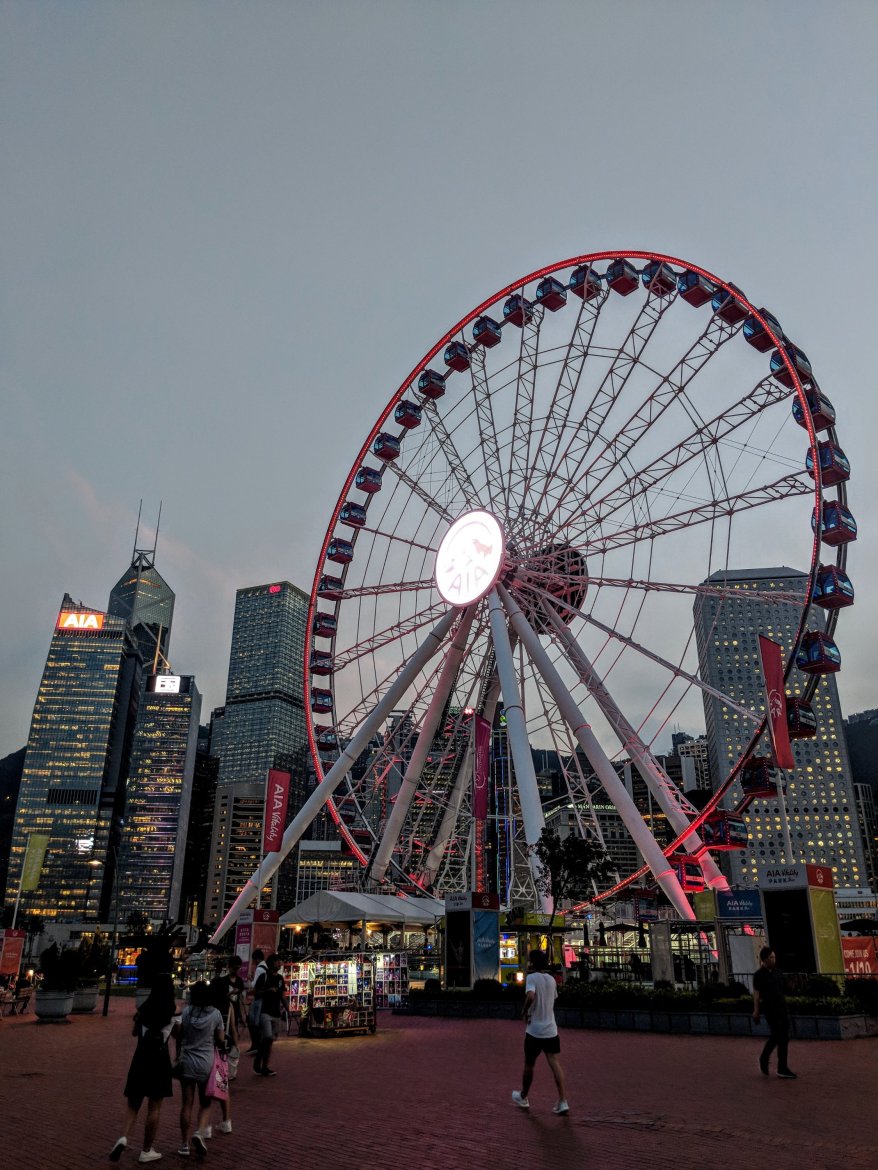 I walked back along the harbour watching the lights on the mainland. I took the Subway back to causeway bay and found a dumpling shop, got a load of veggie dumplings, a few soft drinks, then found moon cake at another store.

I took it all back to my hotel, and devoured it while looking out over the City. I wasn’t sure what to think of Hong Kong after my first day, but I was looking forward to exploring more over the next few days.

I woke up the next day feeling worse than ever, with a definite case of tonsillitis. So I went to the shop and got salt, proceeded to drink gallons of water and did a load of salt rinses. I tried to enjoy the pool again but it wasn’t the same, I also had to check out of the hotel and into a tiny cheap one in the centre of causeway bay. 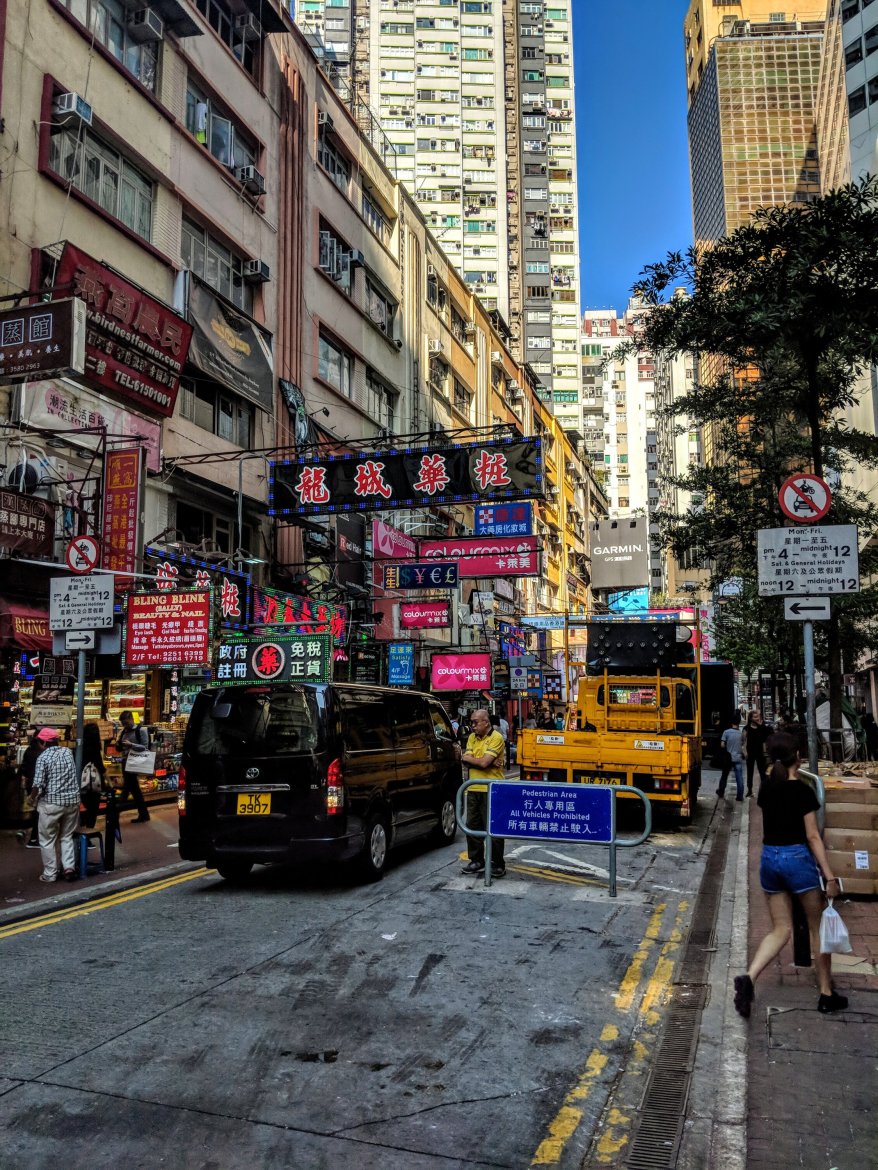 It was the smallest hotel room I’ve ever stayed in, but it was only £20 and the location was amazing. I stopped and had lunch nearby waiting for check in time, I was frustrated because I had lost almost a full day, but I forced myself out, and managed to get to the Victoria peak tram in time for sunset.

It’s a fun journey, very touristy but the views you get at the top are spectacular. I took a couple of the City by day, then enjoyed a gorgeous sunset over the mountains and sea before the main event. Hong Kong lights up at night in an incredible way, and Victoria peak is one of the best places to enjoy it.

Once I had taken it all in, I headed back down on the tram and wandered towards the central-mid-level escalators, the longest ones in the world! It spans 800 metres and it’s a great way to see the City without having to do the leg work, and I found a random art installation at the top of the escalators.

I found some cool street art around this area too, which I definitely want expecting. I finished the night with a beer and some more veggie dumplings. Tomorrow I was up early to head over to the big Buddha and explore mainland HK. 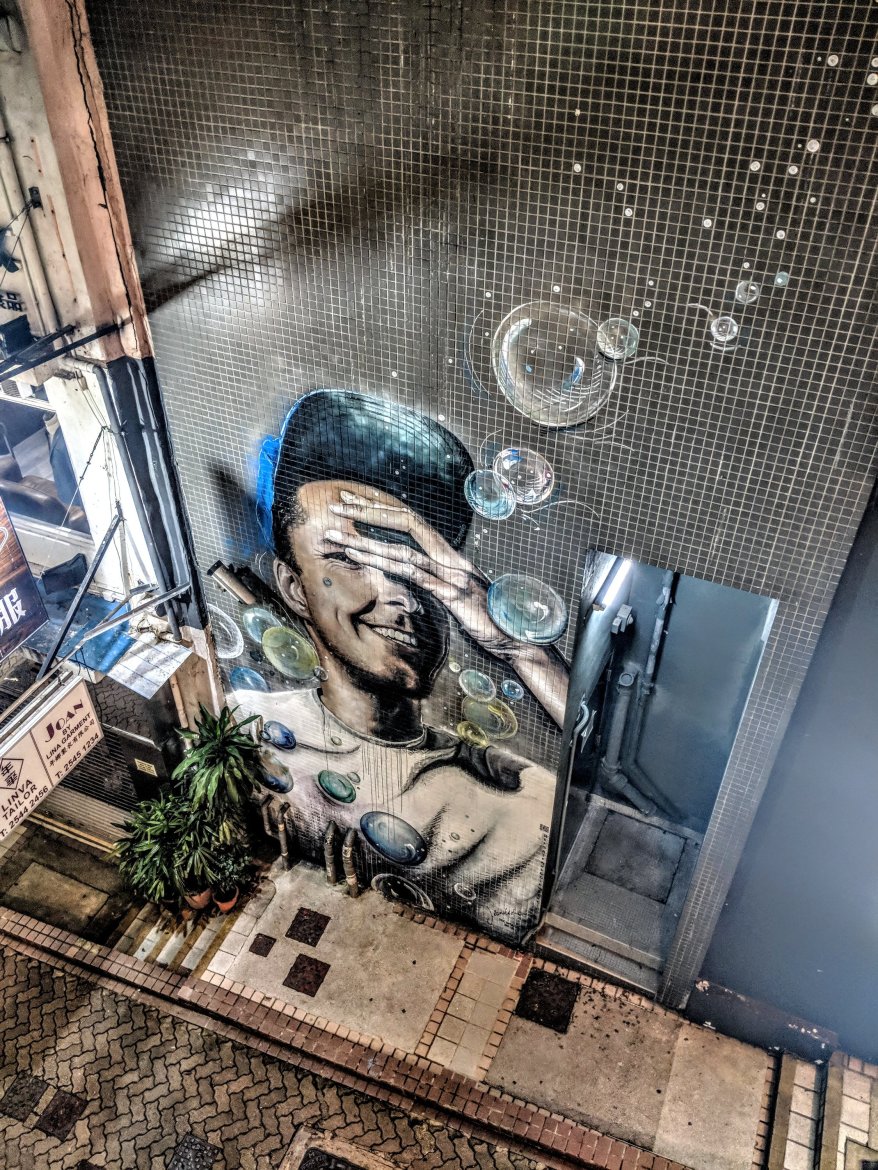 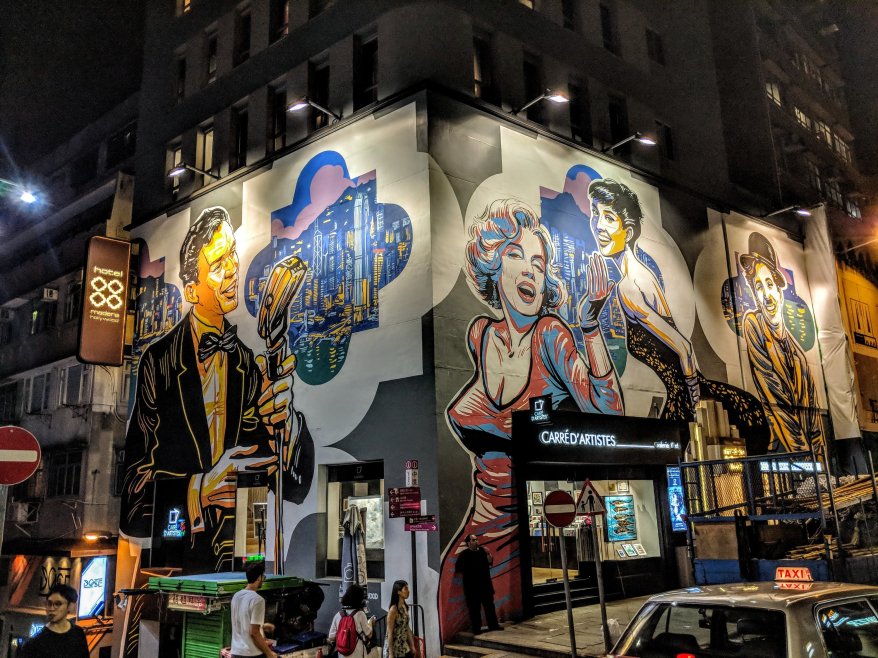