A day at the beach, and the last of the sights of Rome.

Today we fancied getting out of the City completely, and we knew Rome was near the coast. A quick bit of research and we were on our way, taking a train from pyramide station to Ostia. We had read about a few different beaches but decided to stick to the closest which was a pleasant ten minute walk from the station. 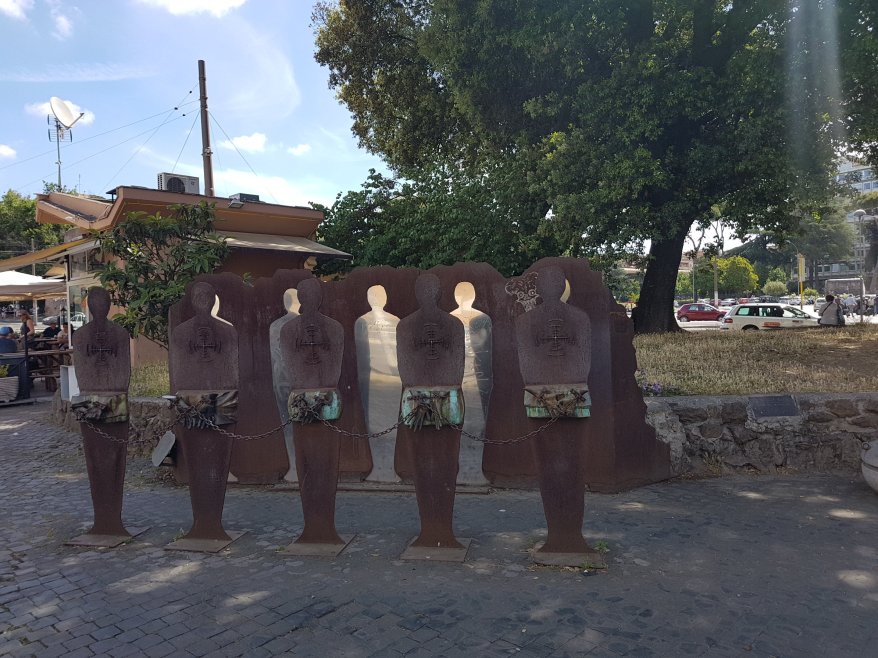 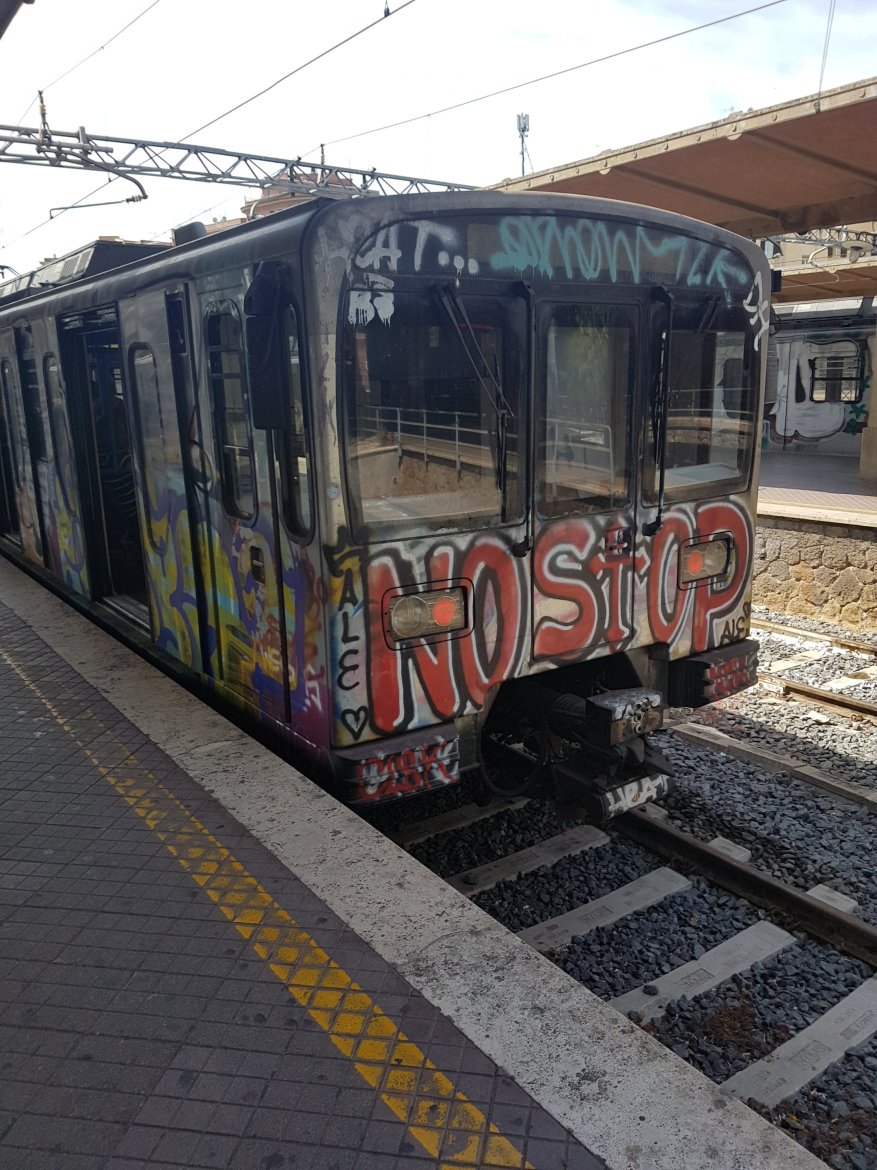 Once we arrived at the beach we had to find a spot that was free to stay on but it was only a short walk befire we found a spot and rented a couple of deck chairs. 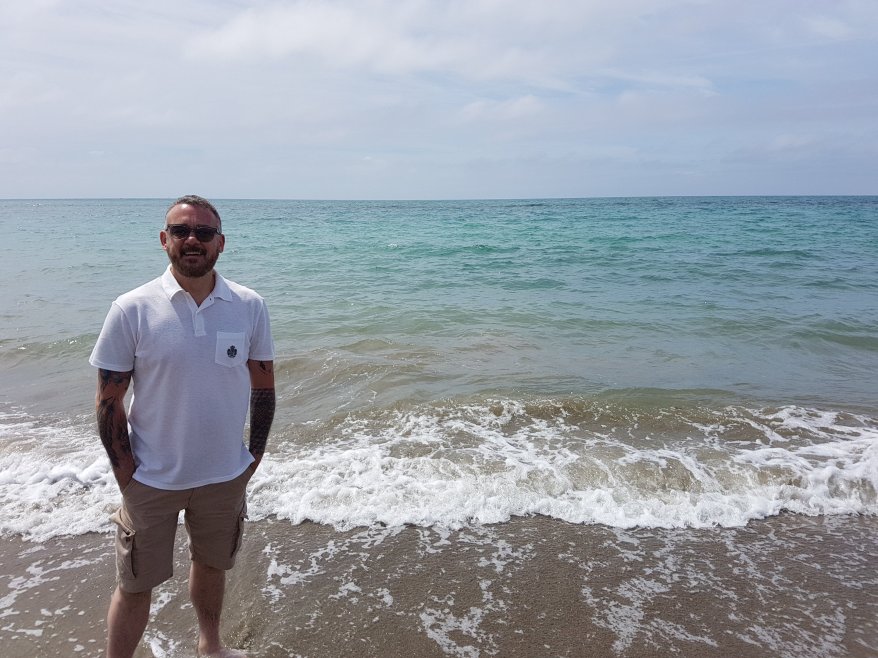 The beach was quite busy but big and there were a couple of bars and restaurants close by. We relaxed for a few hours in the sun…enjoying having a day of relaxation. I managed to find some pizza and arancini, the delicious deep fried risotto balls that had melted cheese in the middle. The place I went to was so cheap and had so many different types of food! 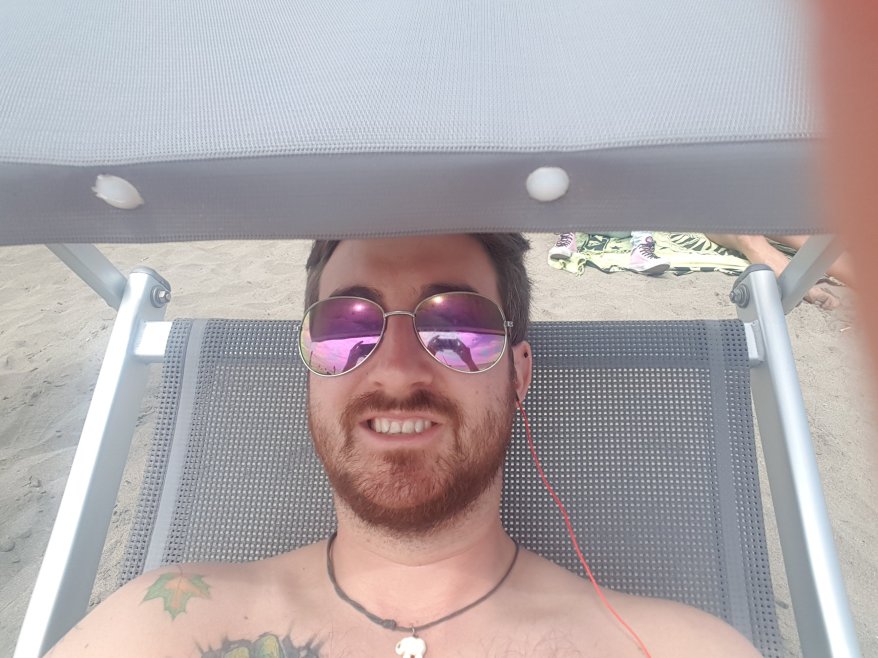 After a while we were done with the beach and headed back on the train. It seemed like it was very frequent which is useful, we walked back to the apartment along the river and spotted a nutria! A large aquatic rodent that originally comes from S.America but has made much of Europe it’s home. 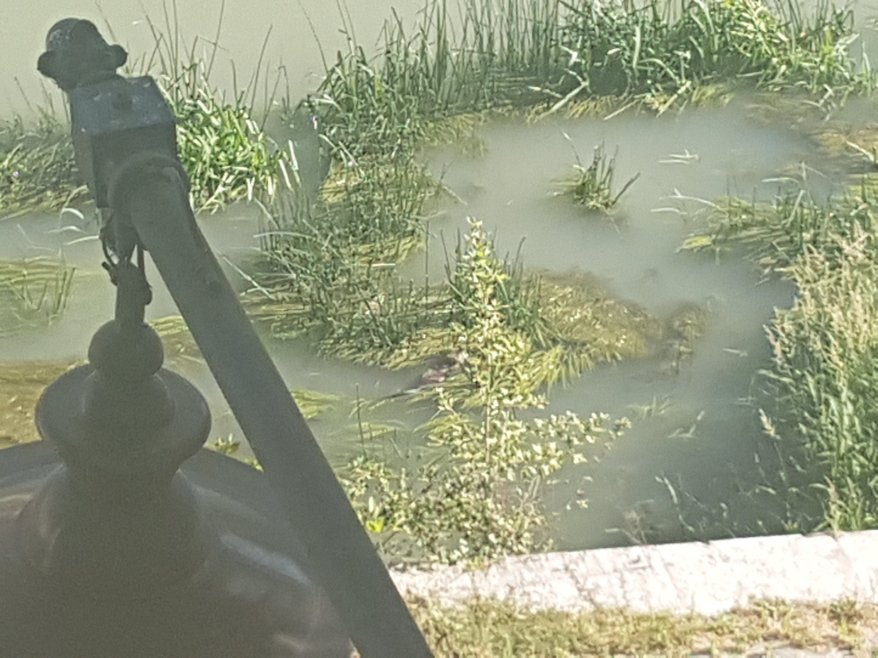 I had sorted out a plan for tge evemi and we ate in a little restaurant just off Campo d’fiori called Ditorambo. It was amazing, we got a sharing platter with cheese, meats bread and other delights. 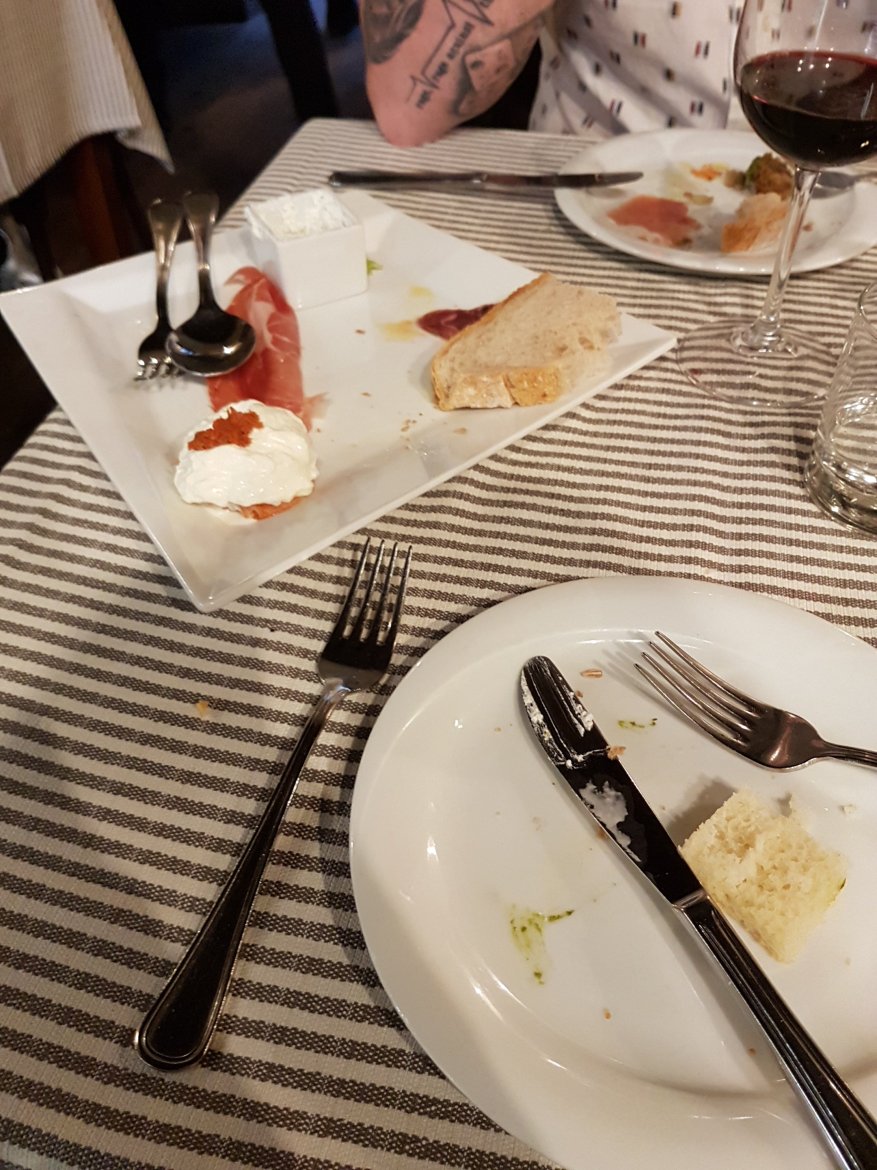 I had a gorgeous ravioli for mains and Peter had some great lamb. It’s such a cute little place and the staff were so friendly. I’d definitely recommend it, loads of really good sounding traditional dishes. 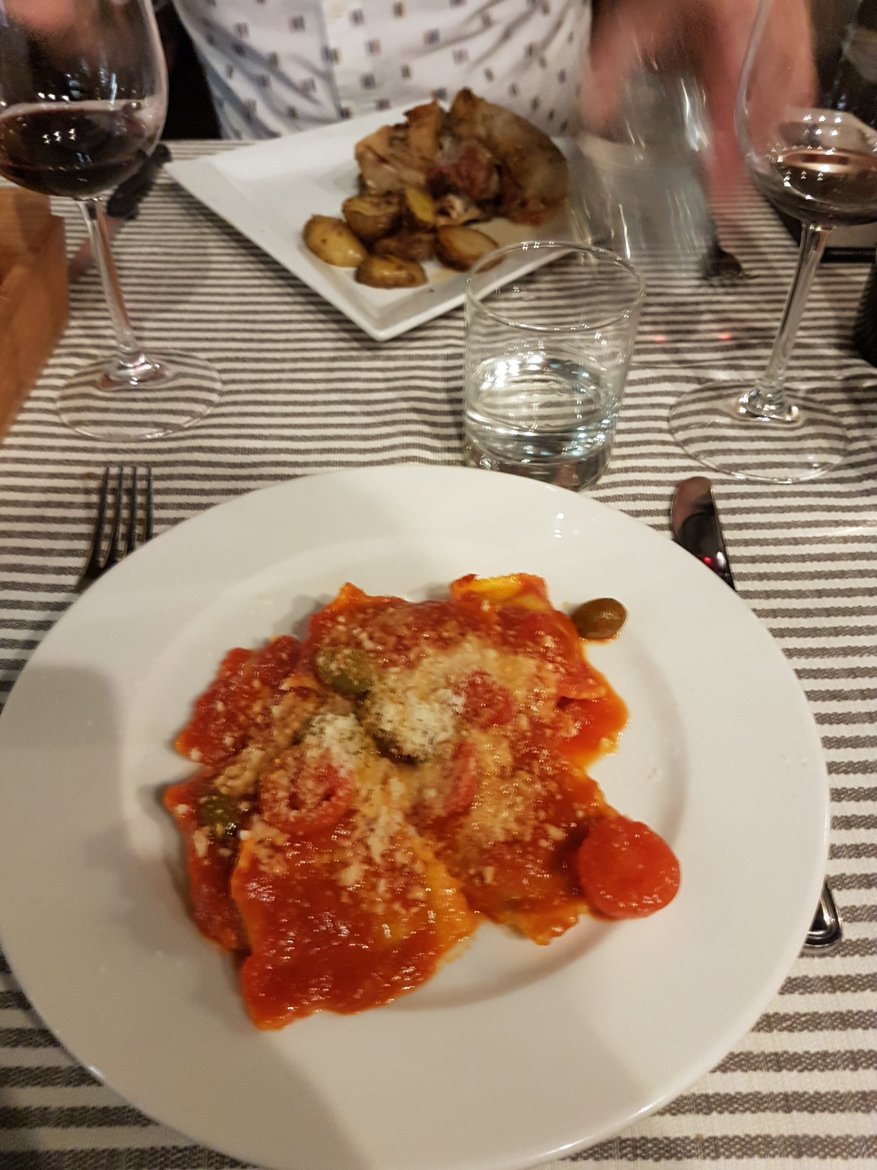 Once done we headed over to the Colosseum to have a few beers in a bar on a street looking at the impressive Roman building all lit up. A quick bus journey took us back to the apartment, sad to think that tomorrow would be our last day. 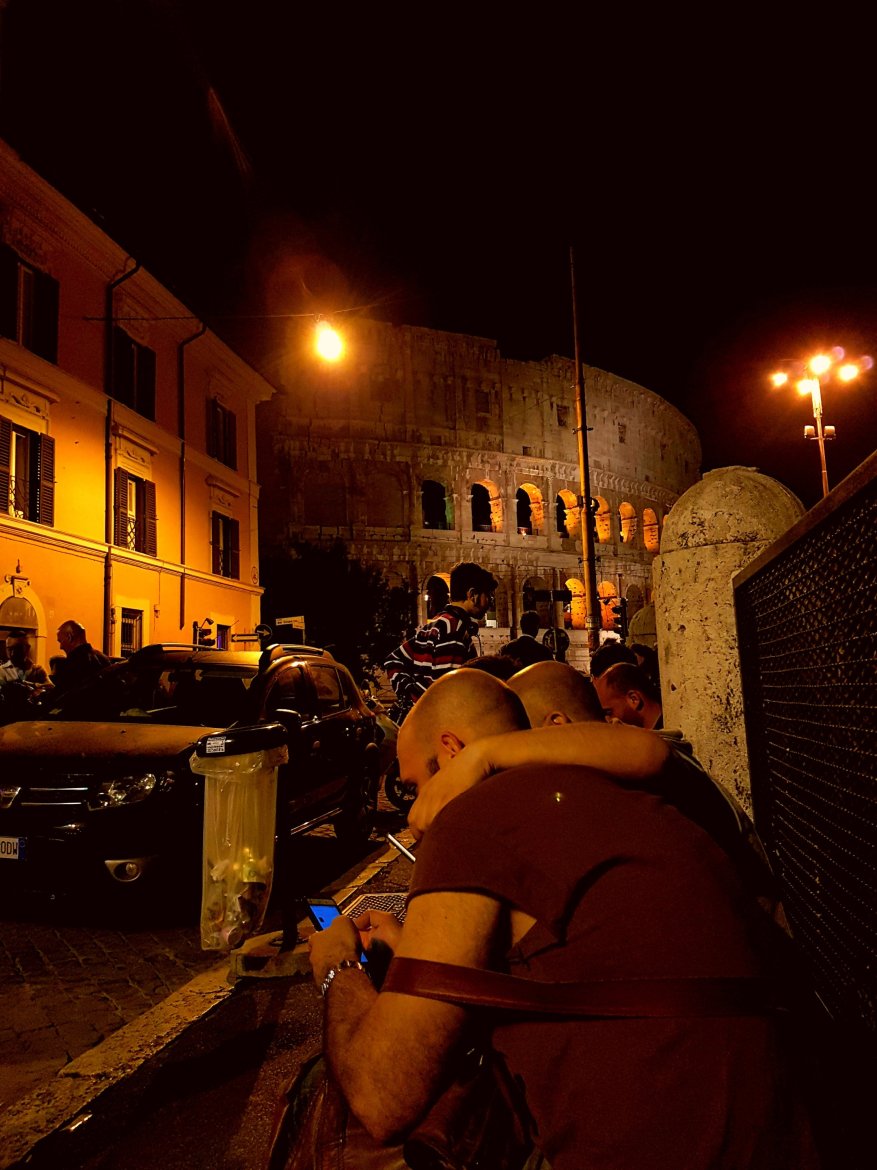 We woke up and knew today was all about hitting the sights we hadn’t really explored yet and finding some little hidden gems. We walked through the market at Campo D’fiori, marvelling at the fresh pastas and produce 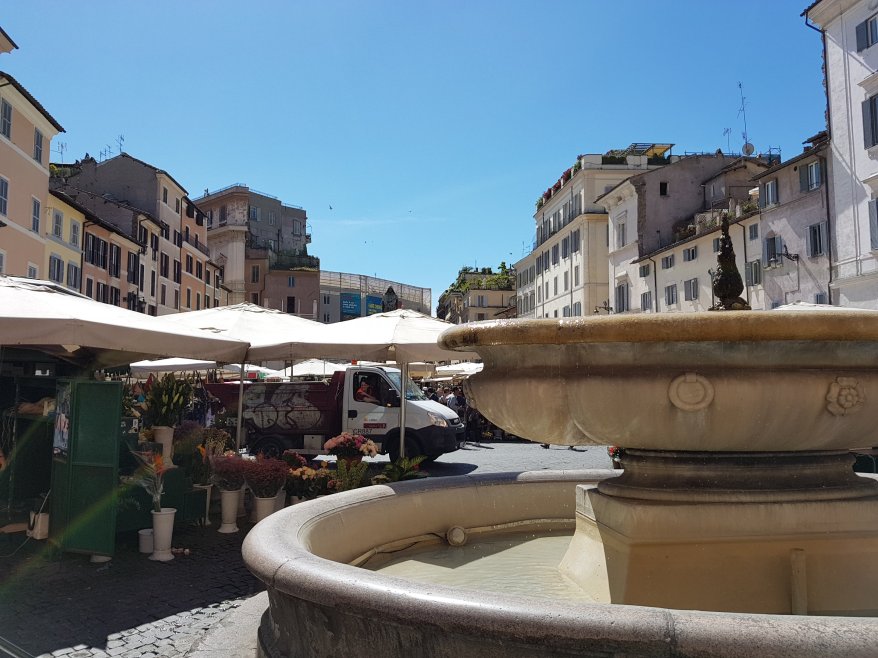 Our next stop took us to piazza venezia where the monument to Vittorio Emanuele II can’t be missed. Built in 1925, this huge building dominates the piazza. You can walk up to a couple of huge viewpoints for free or visit the museum for a few Euro, but we wanted to get to the top. You find the elevator which takes you up round the back of the building on the highest floor you can get to outside. 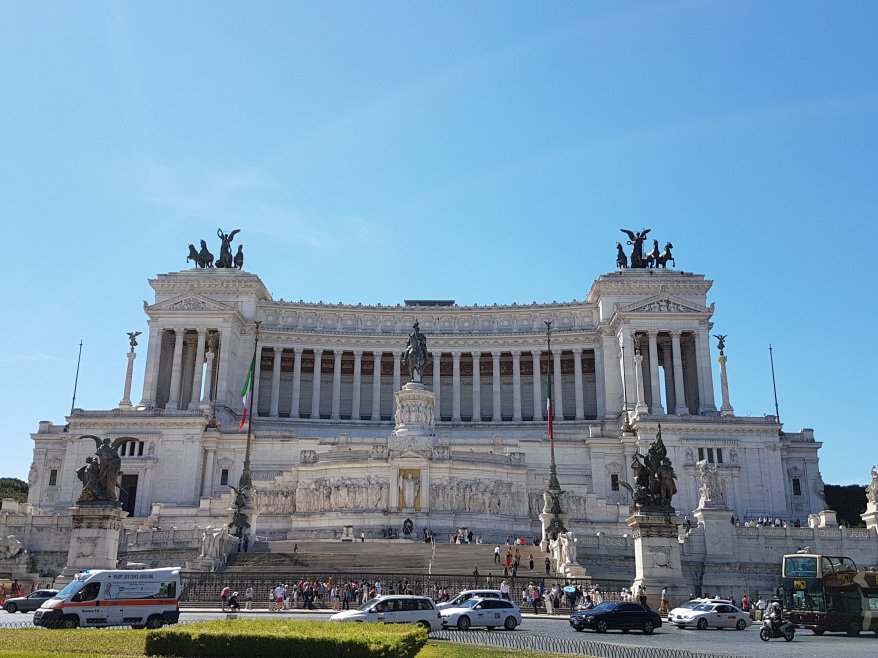 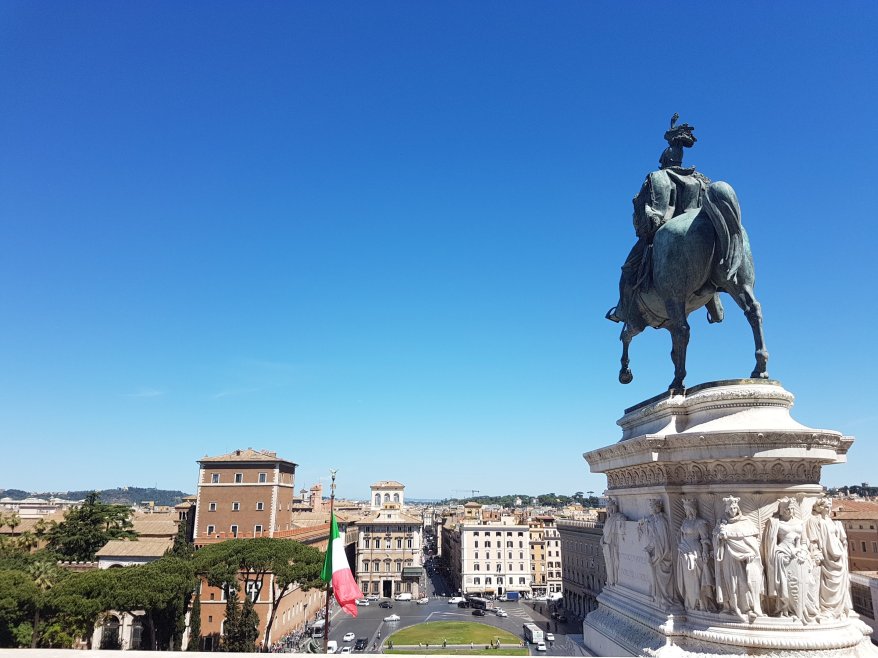 Once up you basically have views over the whole of Rome, you can see the Vatican, Colosseum and Roman Forum from here. We tried to spot all 7 of the famous hills that Rome is built on, but couldn’t quite figure it out. 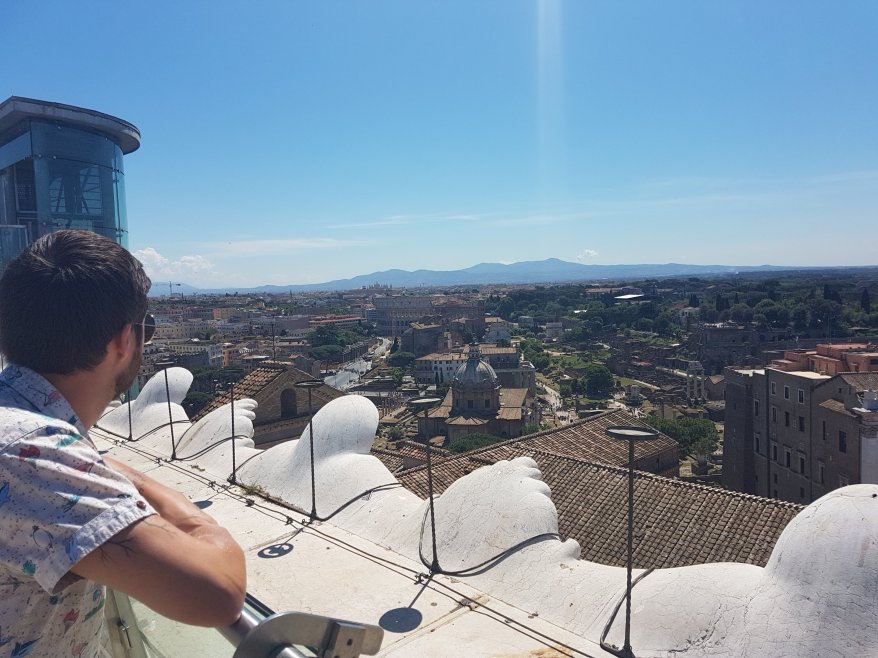 If you love views over the top of cities it’s definitely worthwhile and you can spend as much time as you like up there, the whole building is so grand with huge statues and gold everywhere. I loved seeing the mountains in the distance. 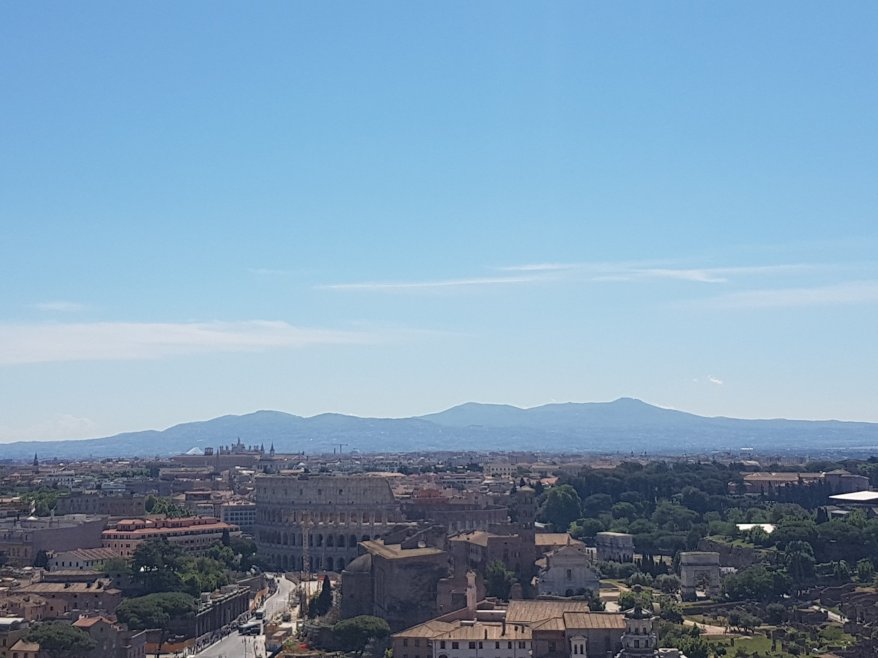 Once back at ground level we got a gelato and re-hydrated, it was super hot today and we sat in the courtyard of the capitoline museum. Built on capitol hill where central government traditionally sat, it’s the oldest national museum in the world, dating from 1417. 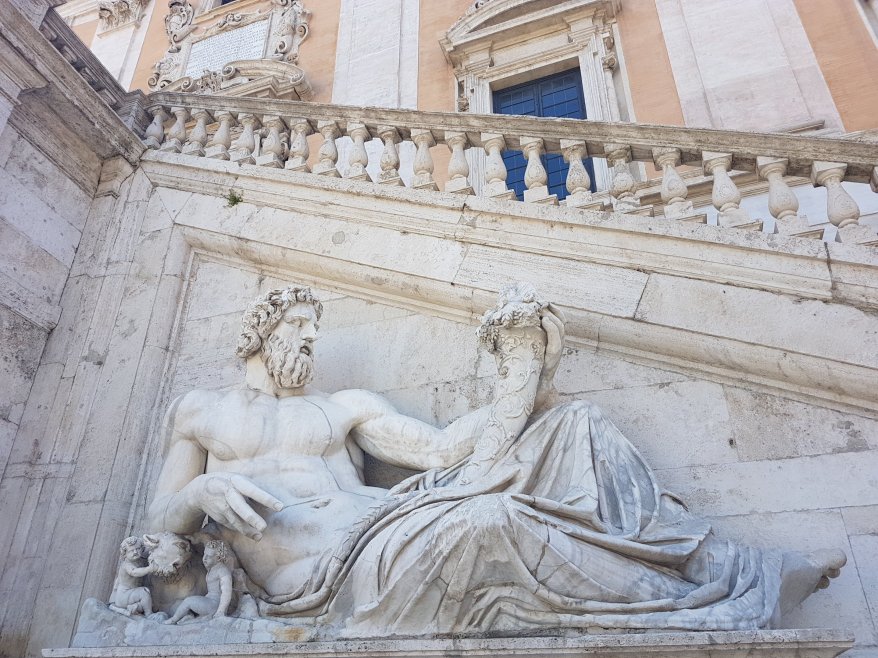 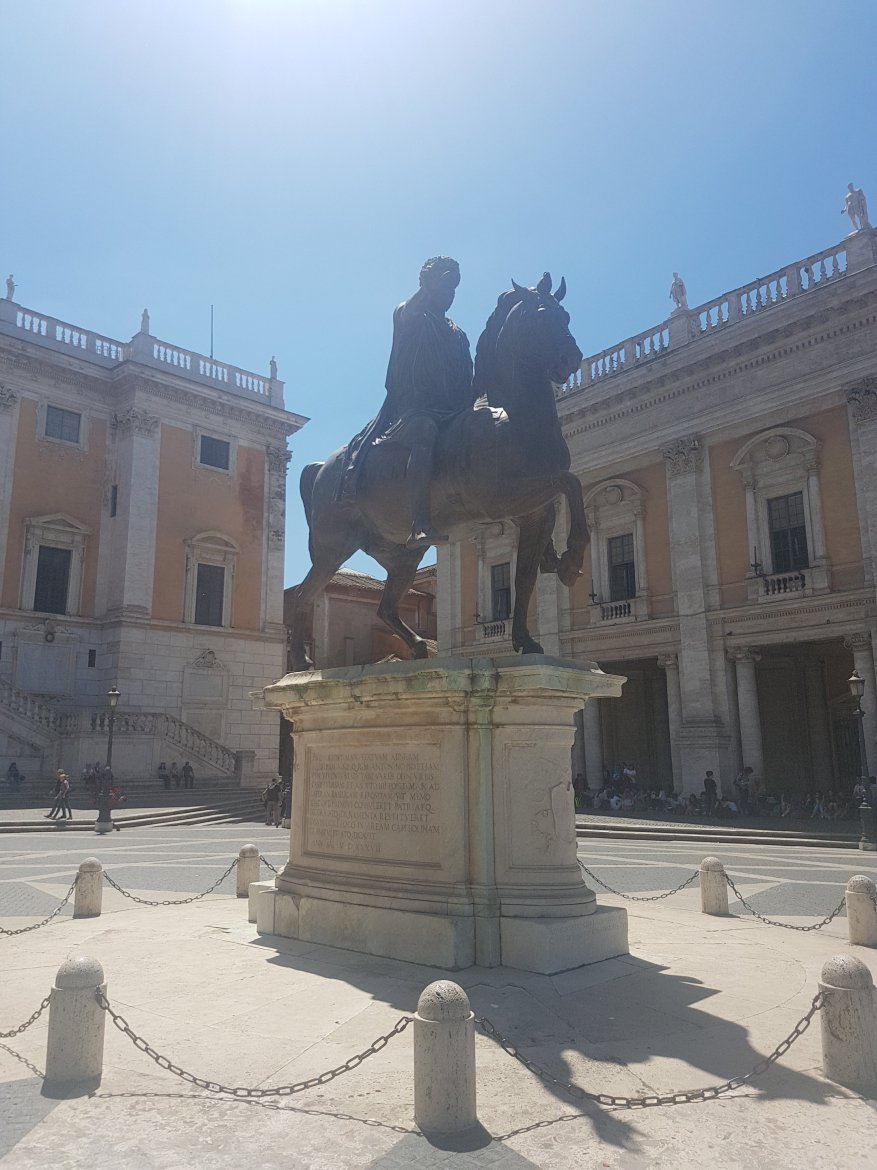 In the centre of the piazza is Marc Anthony on horseback, you can find the original inside along with remains of giant statues, sculptures of medusa and the she wolf who sucked Romulus and Remus. There are hundreds of sculptures depicting various creatures and heroes from the mythical age. Upstairs are some religious paintings but thry didn’t really grab us. 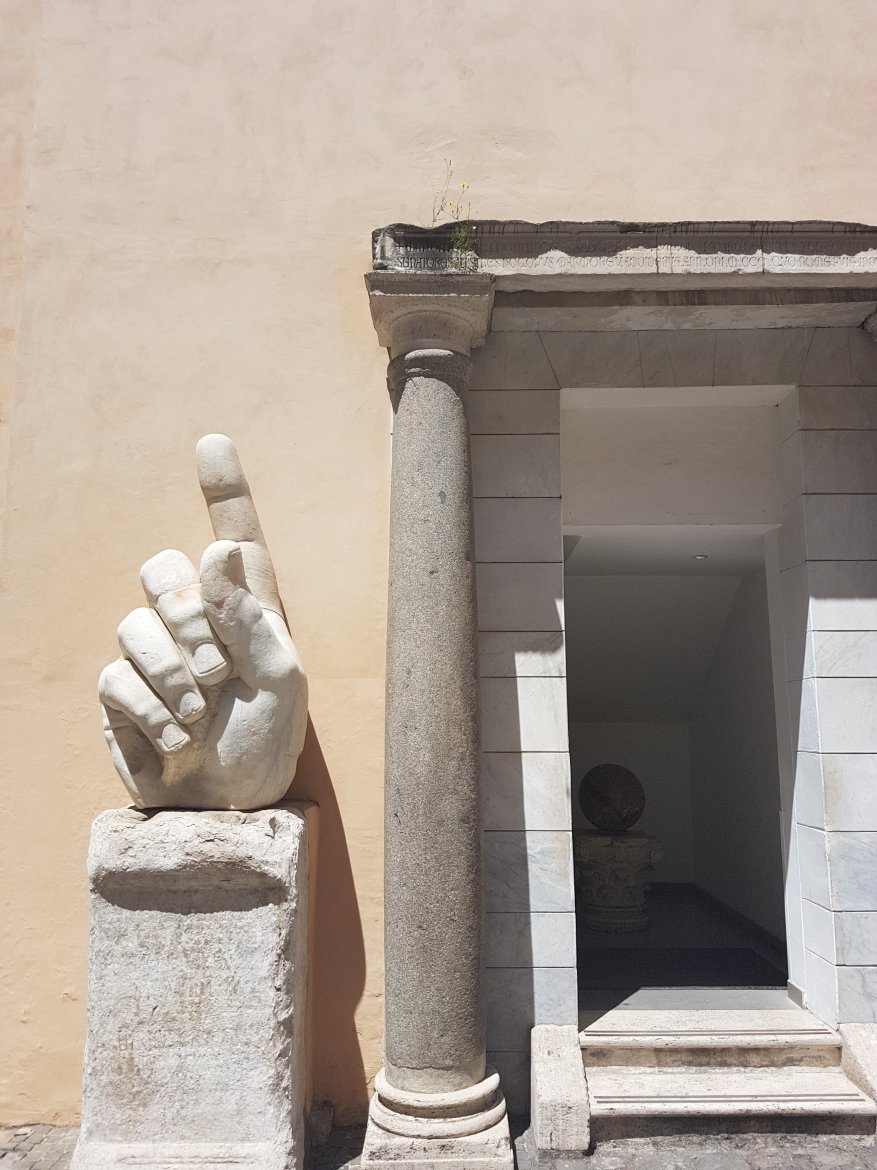 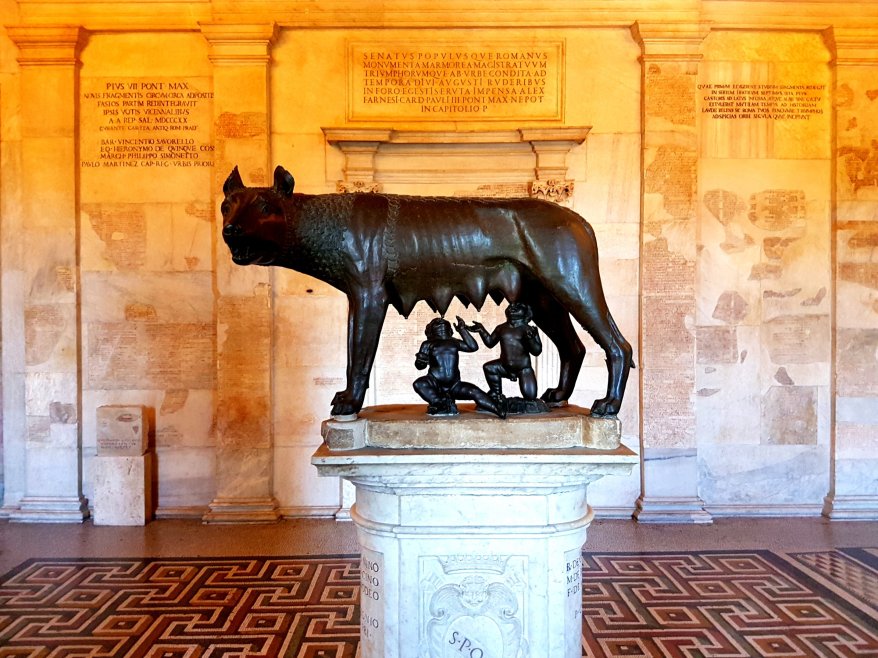 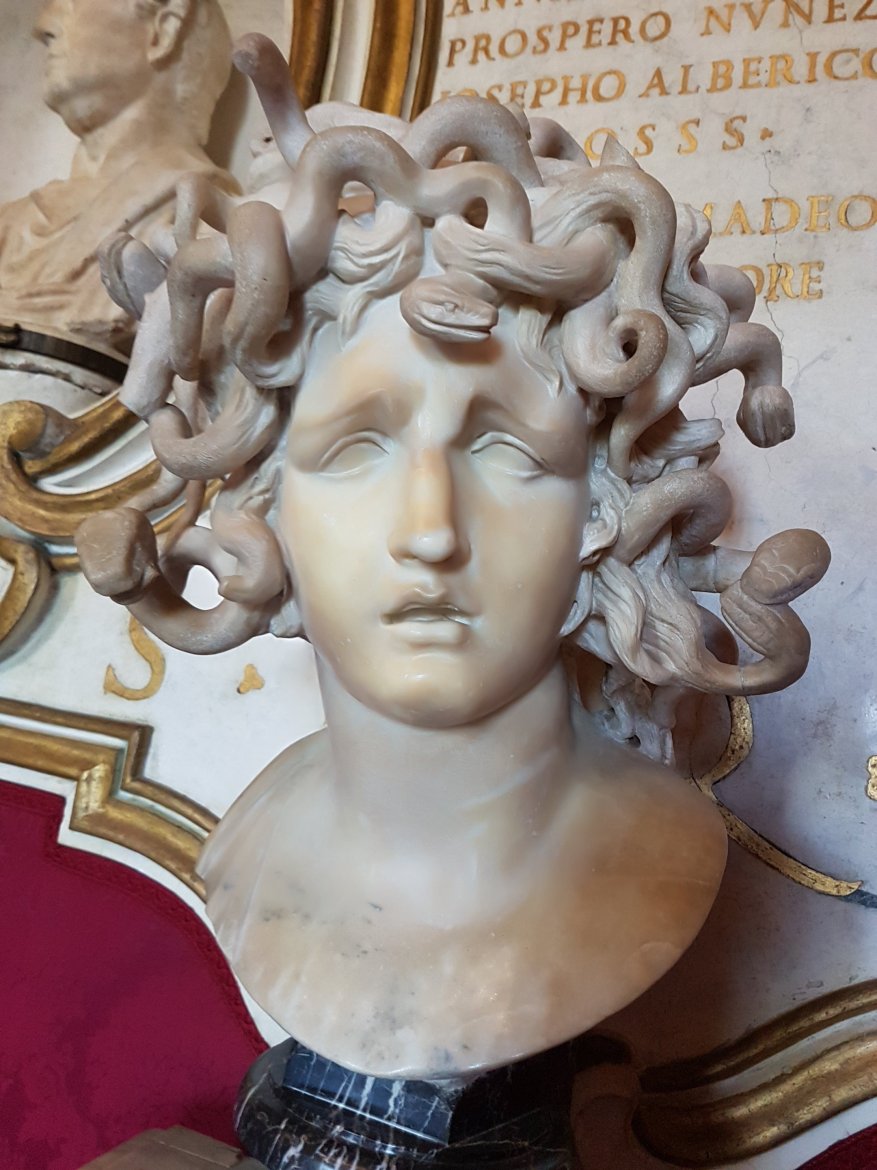 Underground however you can walk through a tunnel connecting the two buildings on either side of Michelangelo’s piazza. If you turn off in the tunnel you are rewarded with incredible views over the Roman Forum, almost gasp-inducing! It almost makes the 15 or so Euro to get in worth it. Though I think it is included in the Omnia Card we were a day late to use it. 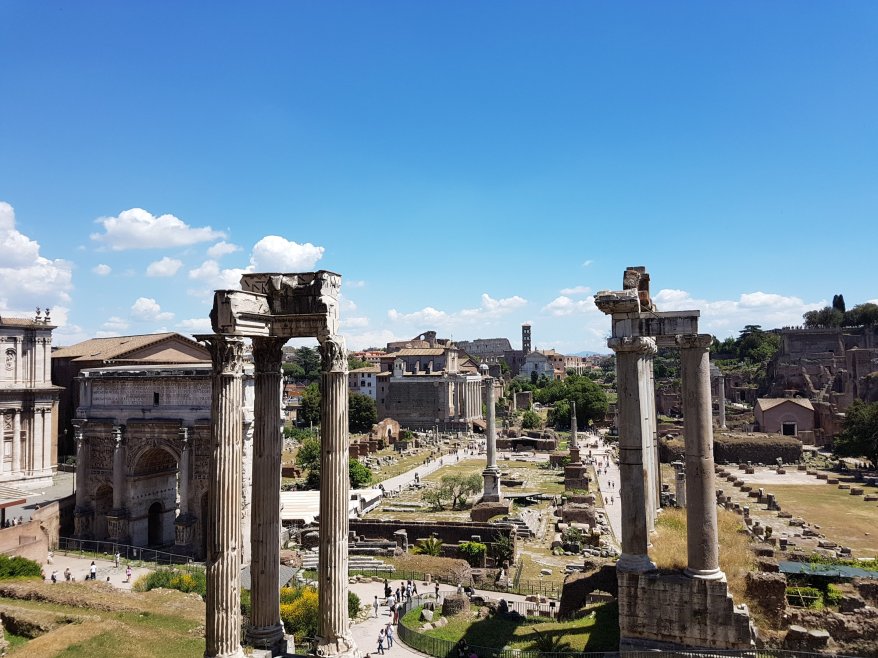 From here we walked down towards a quick fun thing to do in Rome. The Bocca della Verita is based in a small church, it means mask of truth and you’re supposed to put your hand in it and be asked a question that you’ll supposedly answer correctly. 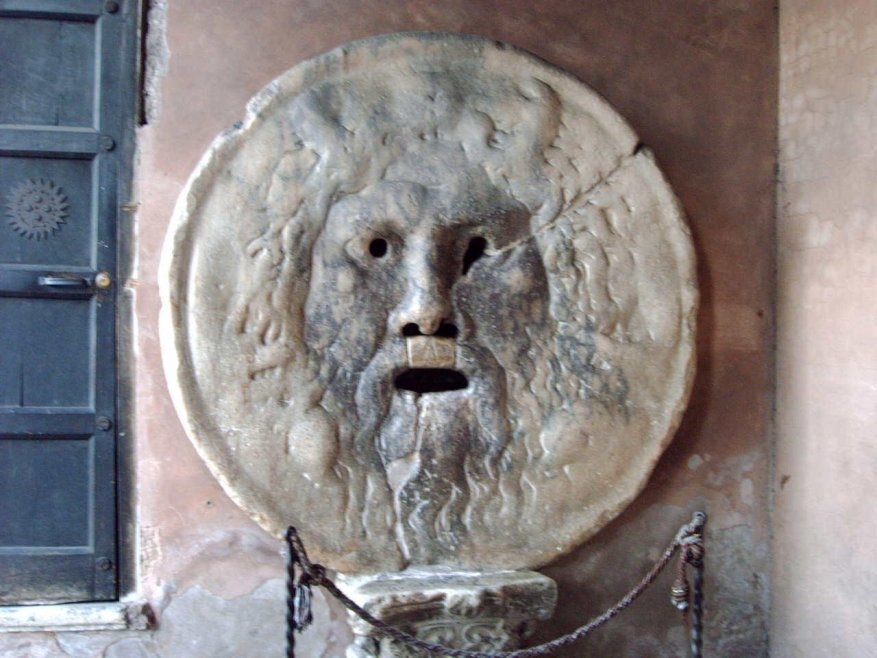 It’s fun to do and get a picture, just a little donation is asked for. You then get ushered into the church and asked to pay to go down into the crypt. I think it’s clever marketing but it was funny to do and creepy down there. 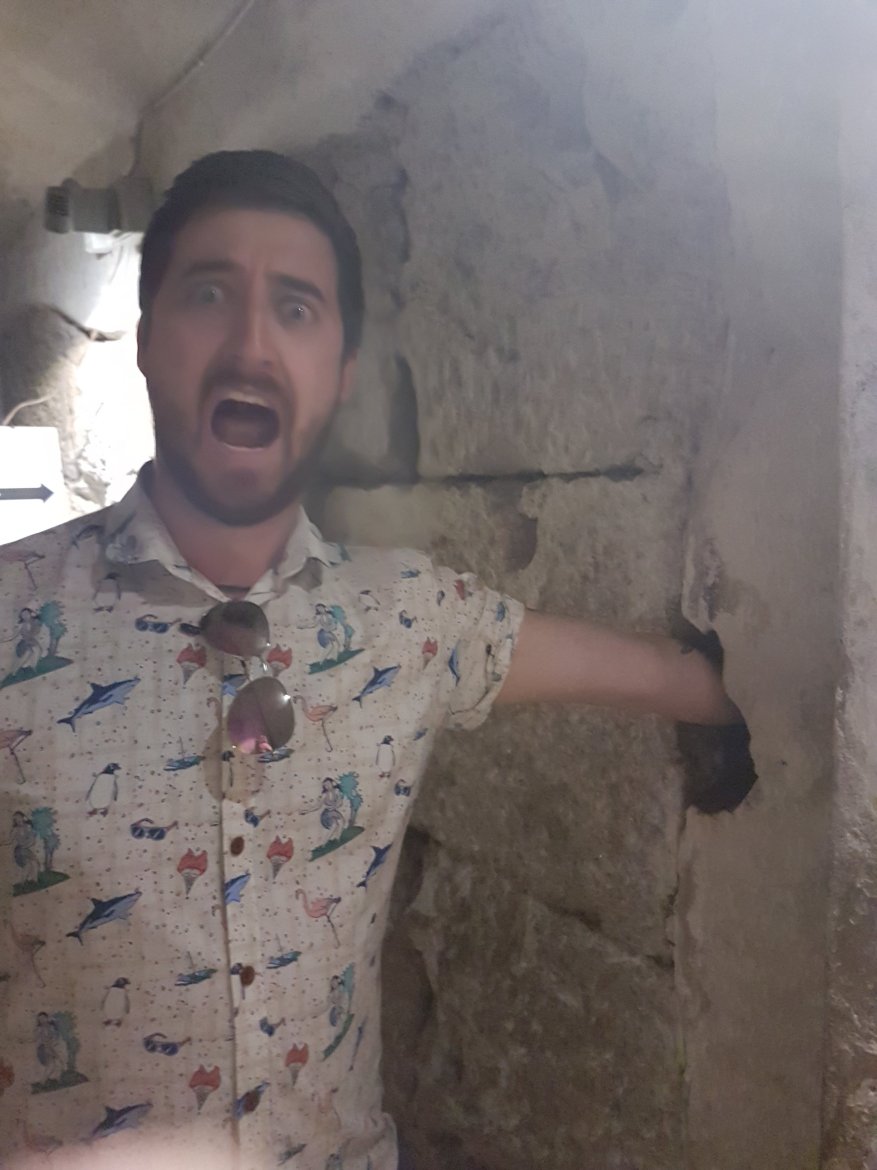 Our alternative tour of Rome now took us near the Circo Maximus and up a street towards the garden of oranges. A hidden paradise filled with orange trees, cool and shady with a terrace overlooking Rome. It was so calm and peaceful and a lovely place to relax for a bit. 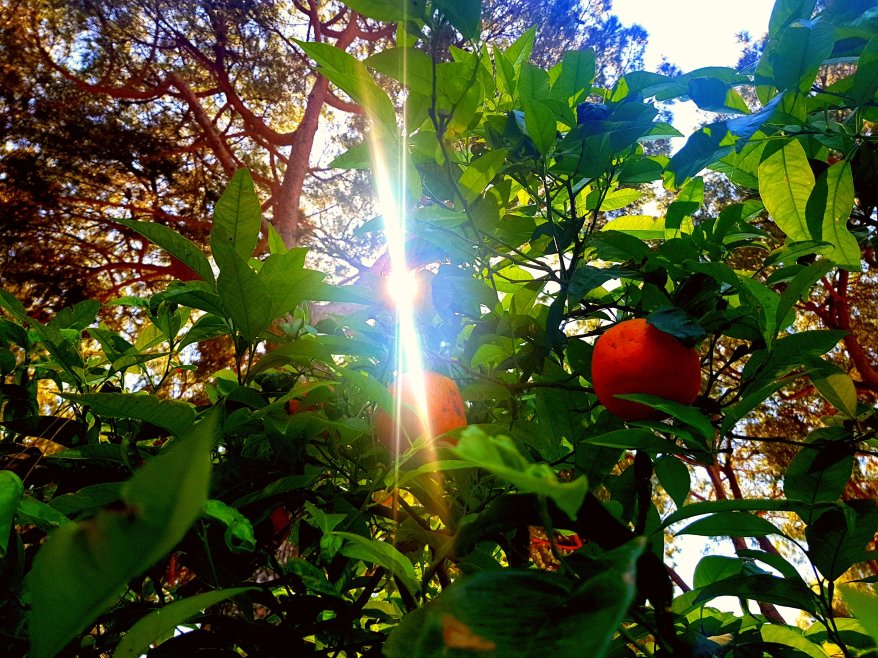 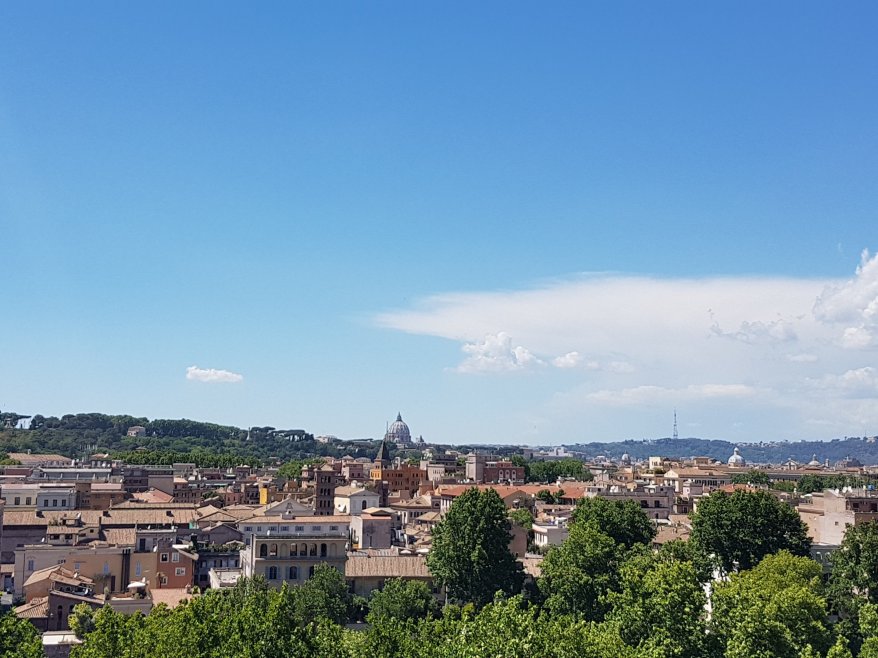 There is an impressive church up here and also the knights of Malta keyhole. Where you look through said keyhole and get a perfect view of St Peter’s Basilica. It’s an incredible view but there was a queue so we couldn’t quite get a perfect picture of it! 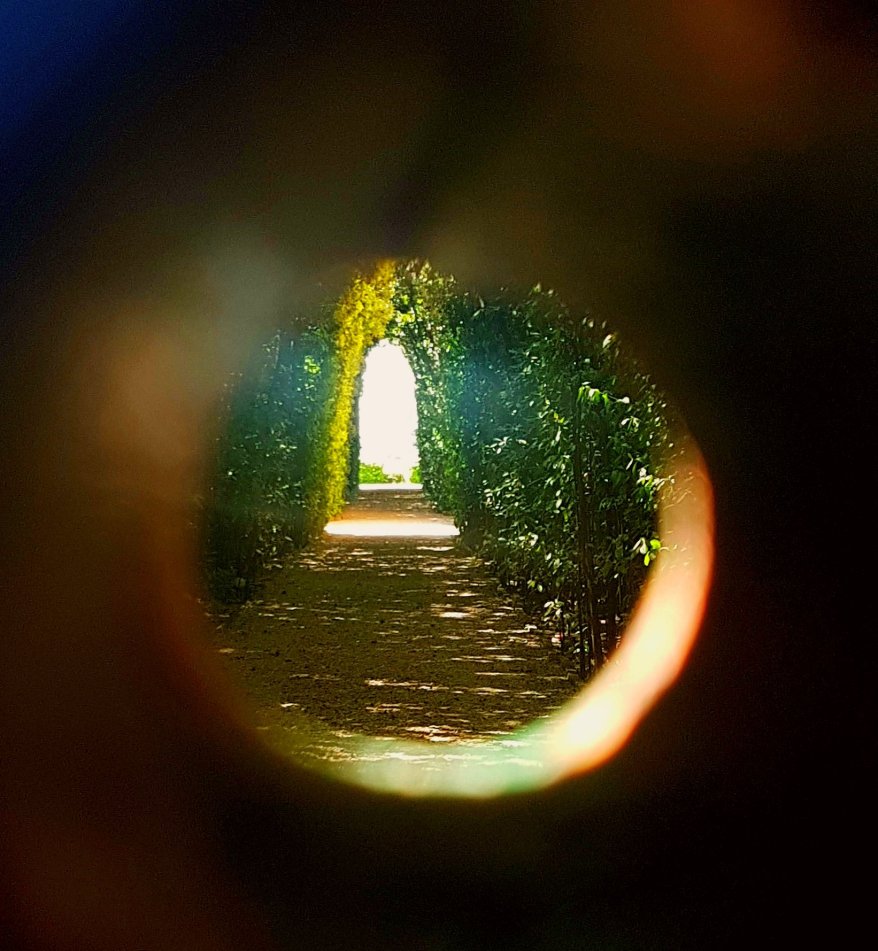 By this point we were starving so back towards our apartment I found a place near campo d’fiori that did THE best Arancini and they also did Cannoli, huge stuffed sweet Cannoli. 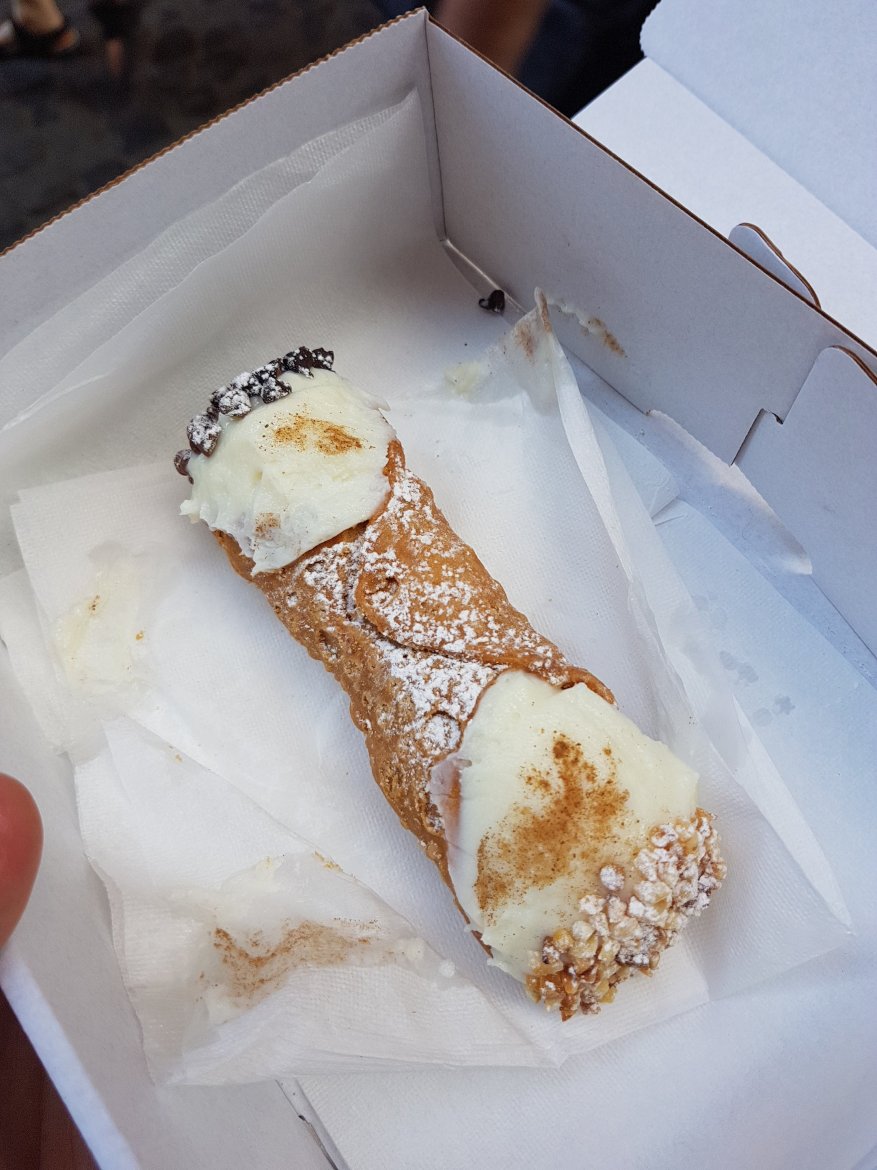 Satisfied we went back and planned our evening, deciding that heading North was much better than South, we got dressed and wandered up to enjoy the piazza navona at night.

We found a little pizza place that had a pizza+beer+dessert deal and took full advantage! The pizza was yummy and the tiramisu amazing, all for 12E. 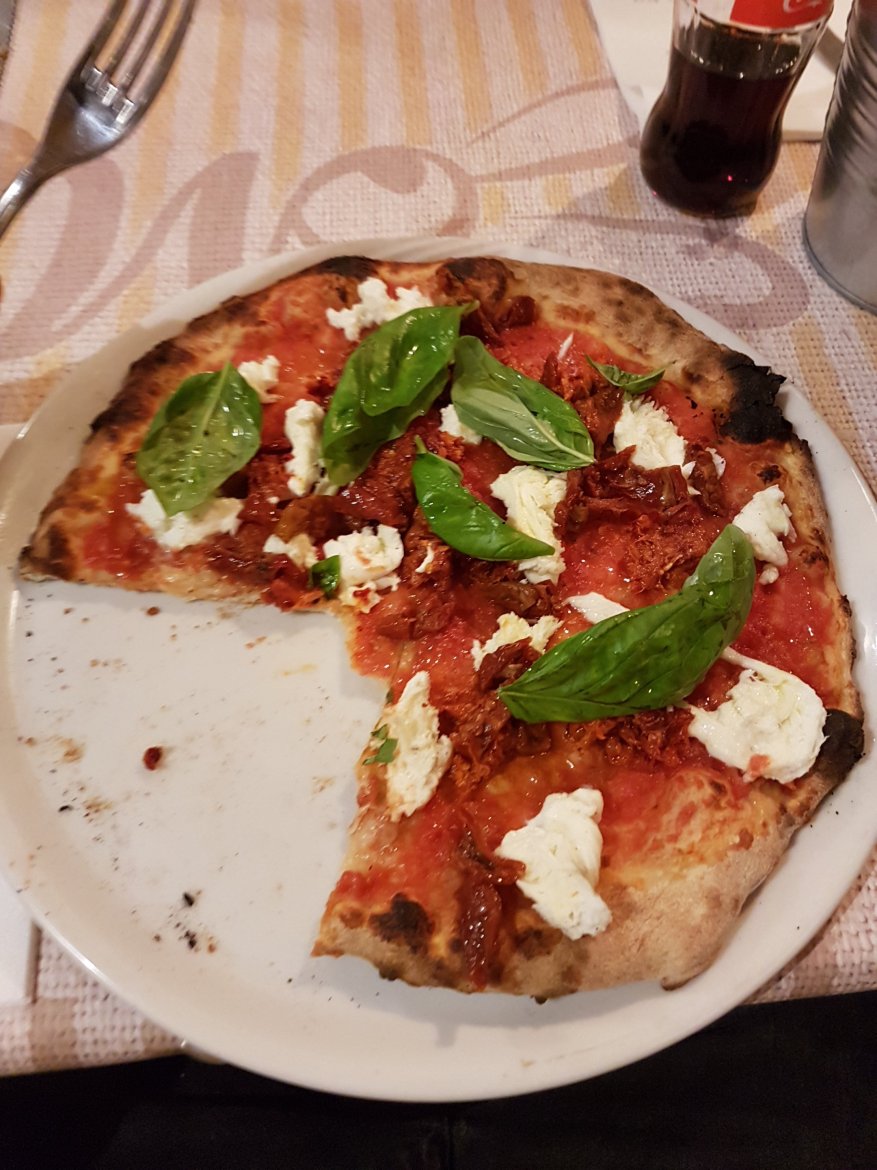 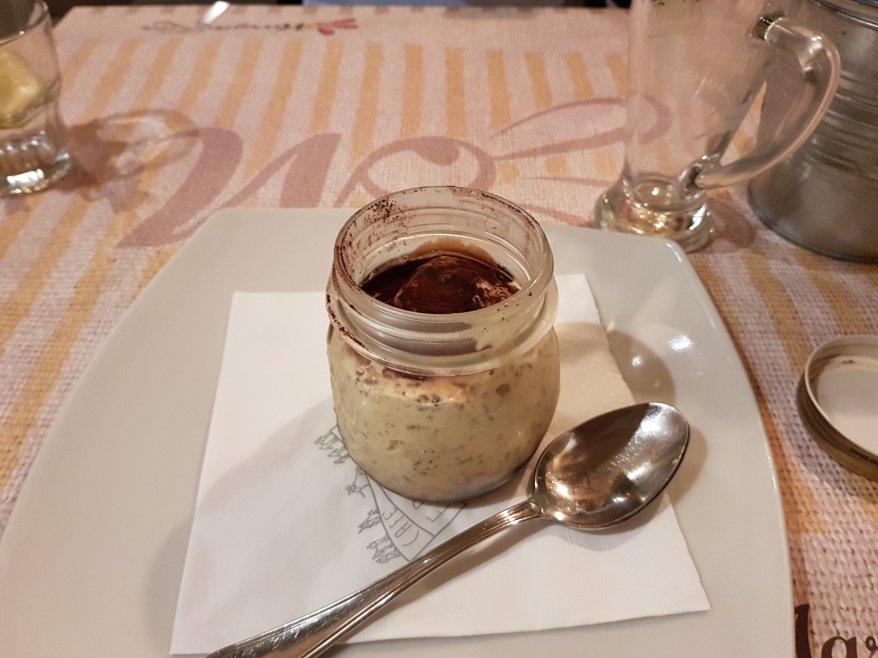 Carrying on our wandering we made it to the Trevi fountain, it was still busy but not as bad as it had been, so we got to sit and relax a bit more than in the day. It was also nice to see it lit up at night, we managed to get a few cheesy photos in too! 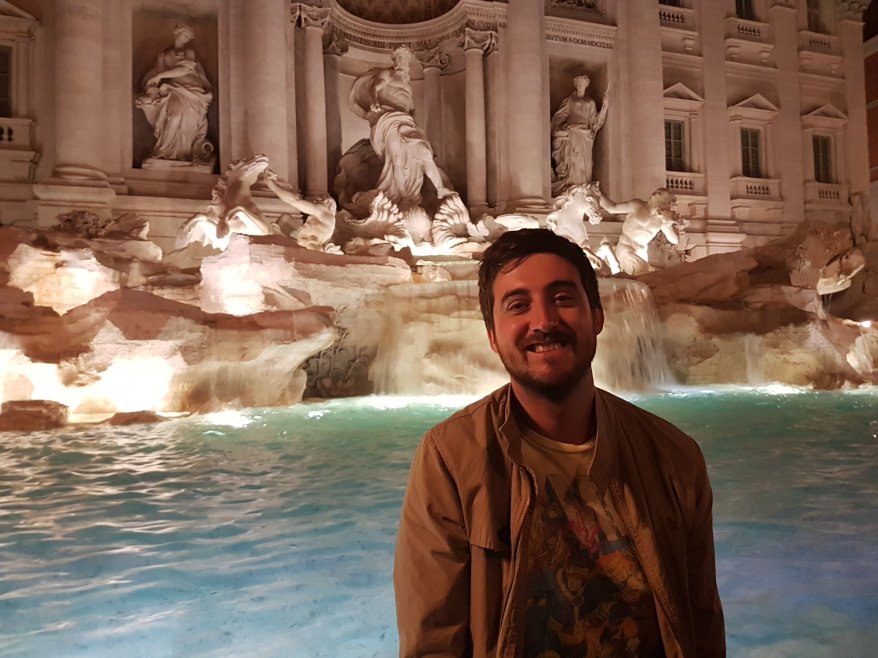 We were up early the next day to catch out flight so we wandered back, passing the pantheon a reminiscing on an amazing week in Rome. It truly is a top destination in my eyes, and I always think it’s great when you can imagine living somewhere. 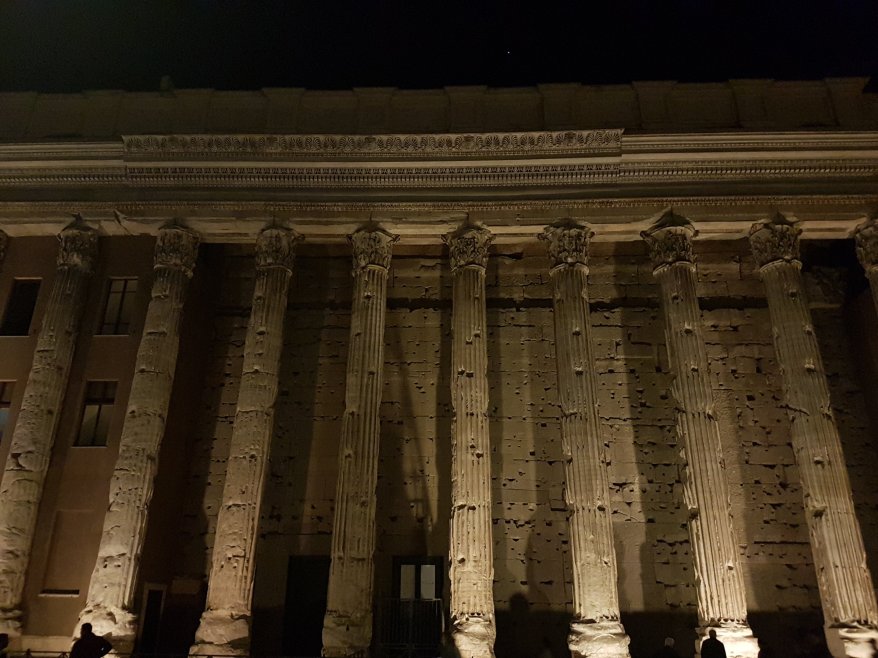 Our bus to the airport was nice and easy, leaving from just by Termini the main station in Rome. Sad to say goodbye to Rome, but thinking of the next adventure!