Final day in Romania and the dictator’s palace.

After last nights exploits we weren’t up and about till midday, and we needed to stop off and get breakfast in a cute cafe with van gogh paintings on the cushions and jars hanging above us with plants growing inside. 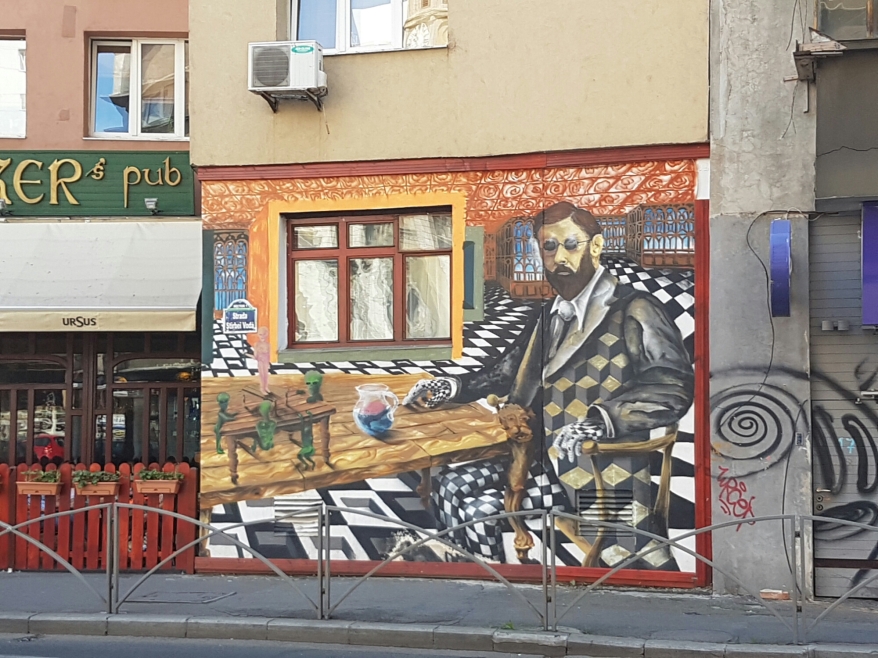 Today was our last day and we had to be up at 4am to get a taxi to the airport so it was going to be a chilled out day. We walked round a small antiques market with bullet casings and army gear mixed in among the trinkets and walked to see the Romanian Athaneum. I took us through the independence square with bullet holes still in the buildings from the revolt in 1989. 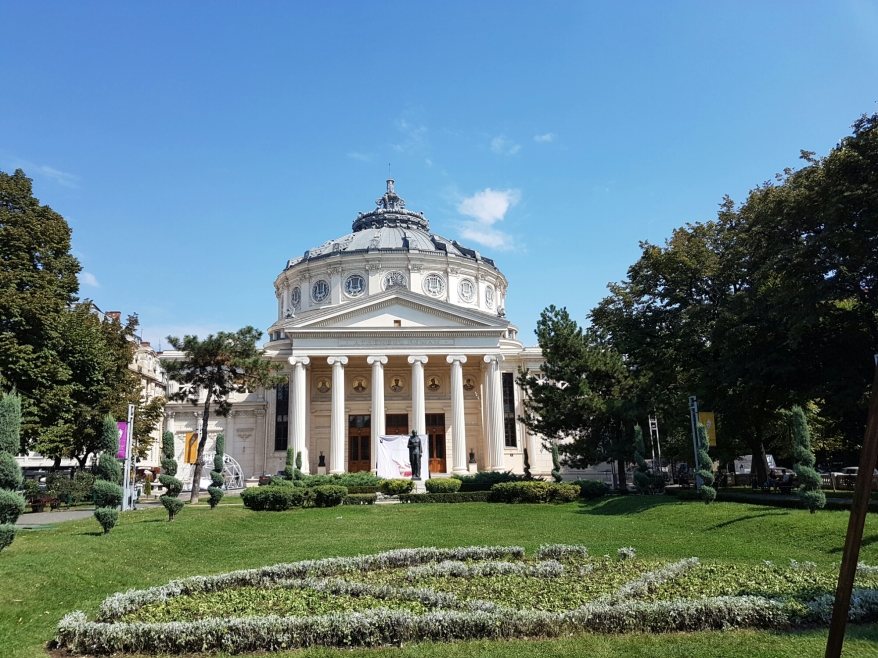 There were a couple of memorials to the event as we walked through the square towards a big park, Cisimigu, with it’s  black swans and a big duck pond, huge boating lake with restaurants overlooking it and the chilled shady air beneath the trees, it was just the place to relax with a hangover. We sat on benches with ice cold drinks and people watched, deciding on our next course. Noticing that the parliament palace was nearby we set off in that direction. 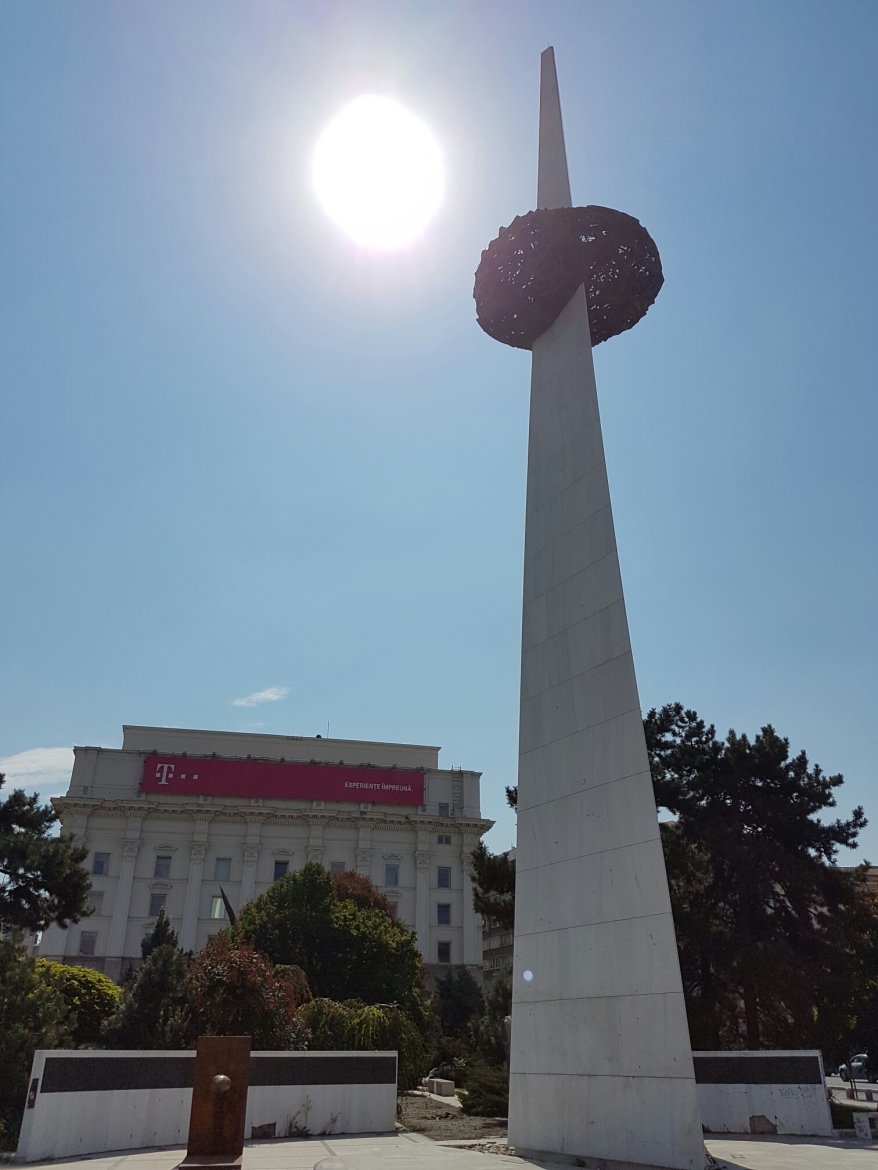 Construction of the palace started in 1984 and still isn’t finished, the dictator Nicolae Ceausescu ordered it to be built and it is now the worlds second largest building and dominates the skyline. As we walked towards it Peter wasn’t very impressed, until we walked around a corner and realised it was just the side of it we had first seen.

It is absolutely massive and took panorama settings on our phones to get a picture of it all. Apparently it has 4 underground levels too, including a nuclear bunker. Quite how someone could tell the people communist ideals while building something so extravagant is amazing. It’s where he took his final speech in front of an angry crowd before fleeing, being caught and then executed in the space of a few days. 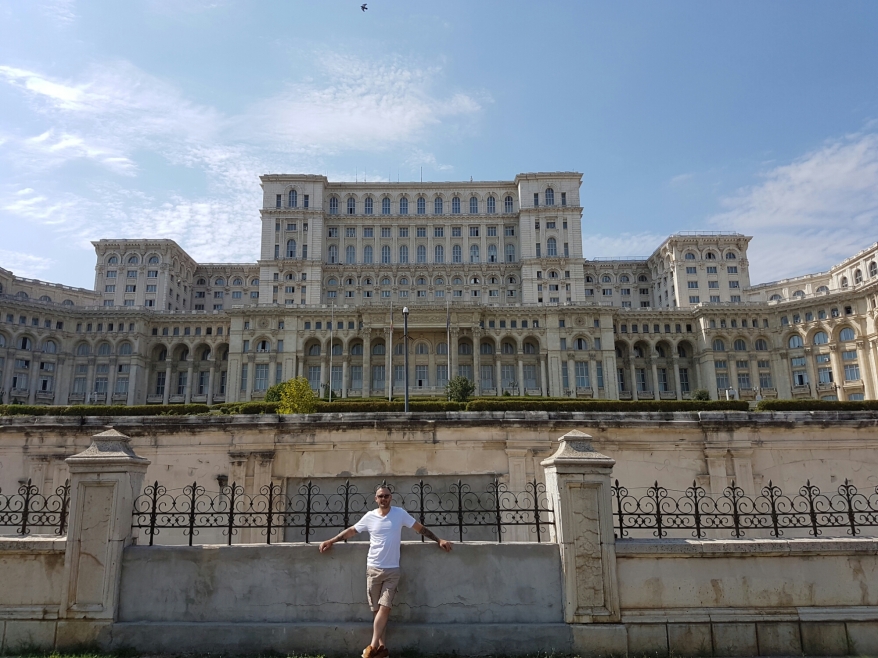 It was the only violent overthrow of a communist government at that time. 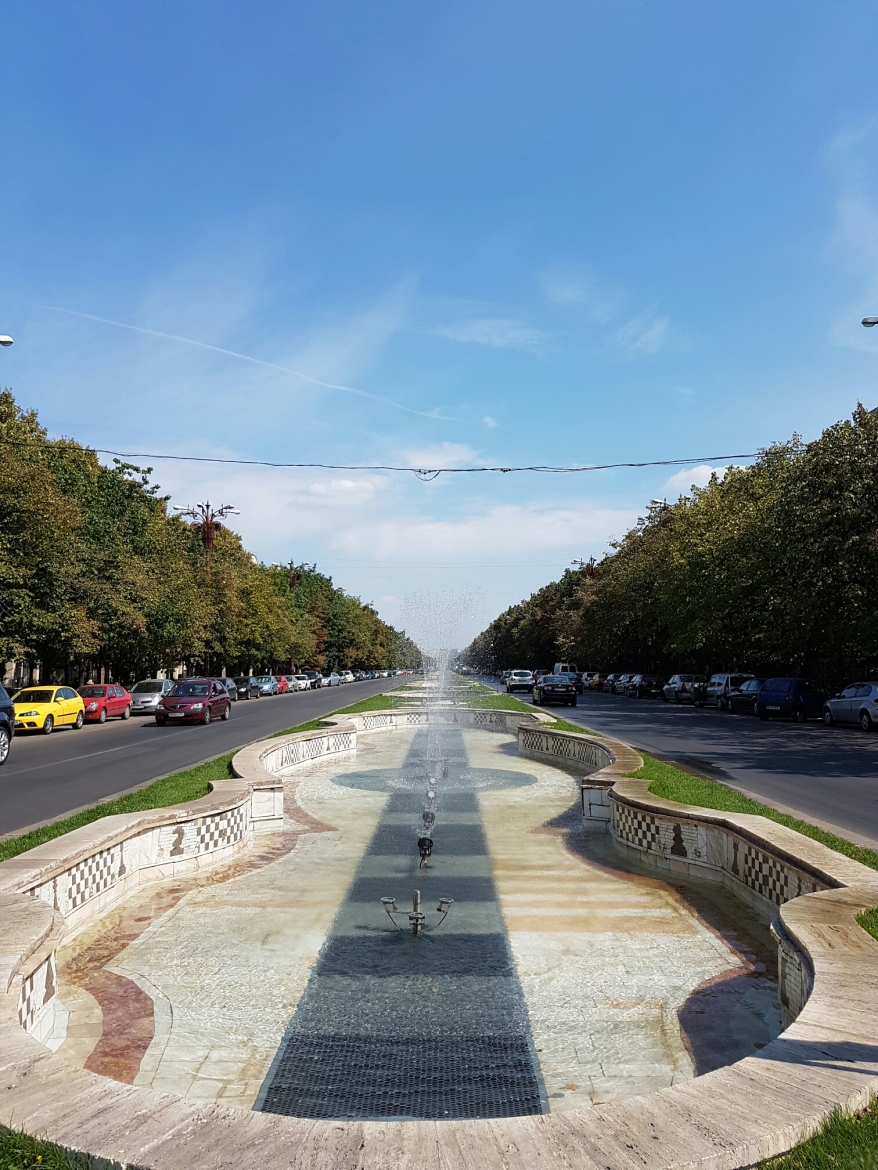 Leading up to the palace was a long wide boulevard with fountains running all the way down the centre. A grand approach to the place. We walked down here and stopped near the huge fountain from the day before, still not in use, and I had a tasty hotdog that was baked into a bread roll. At this point we had done a lot of walking around so stopped off for a refreshment and deciding what to do. There was an interesting 19th century arcade nearby with stain glass roof and lots of little cafes along it. We walked through and had another walk along the old town streets back to the hotel. 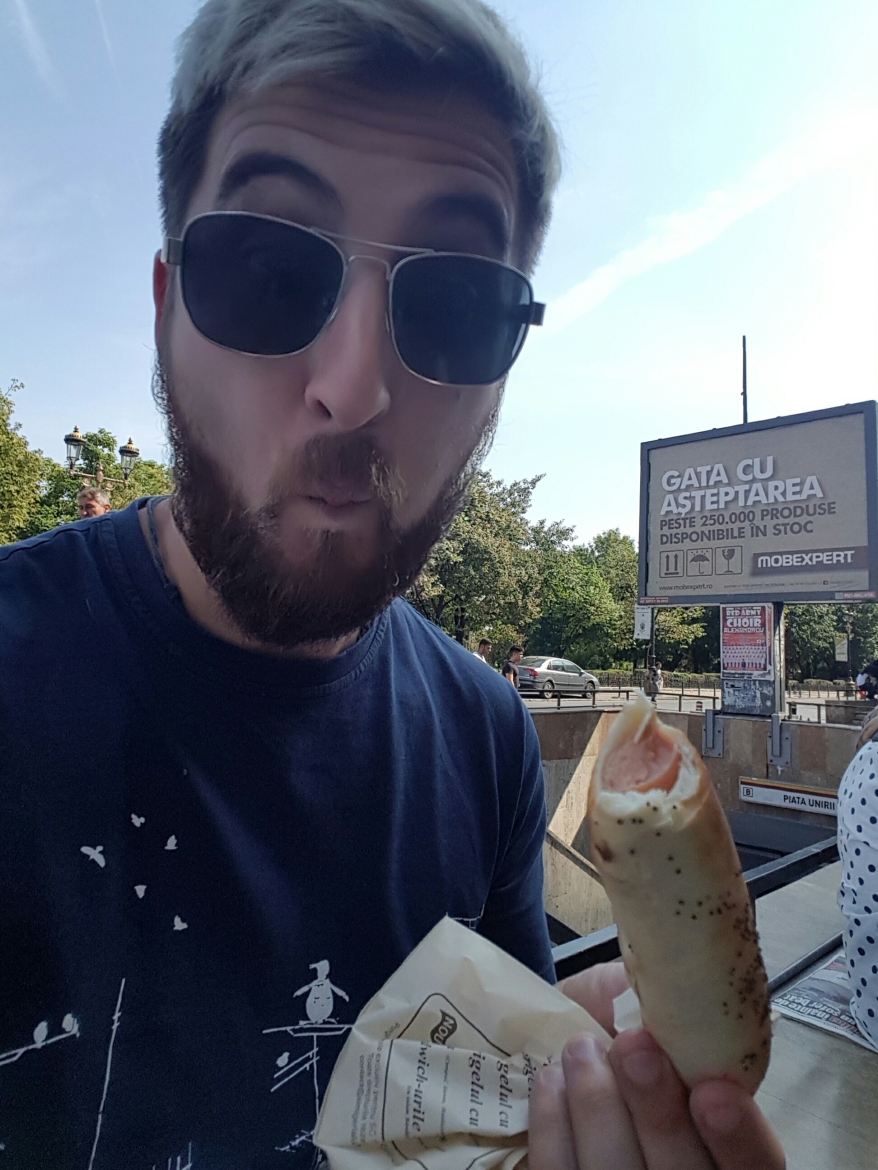 There are a few more things to do in Bucharest and it’s actually quite pretty in places, we had a bit of a lie down and went back to Bazaar for our last meal in Romania. We’ve had an amazing time and like visiting any country there is so much more to do. I would have liked to go to the Danube Delta where the bug river finally spills out into the black sea.

There’s meant to be great beaches out that way too, and to the north there are more mountains and a land full of coloured churches. We also never wemt bear tracking (Officially) so maybe we’ll be back….

The food was great again and we sat enjoying the last couple of hours and the final bit of sunshine.  Then it was an early night and an easy taxi ride (35lei-less than £10) to the airport. Blue air are actually quite nice to fly with, efficient and the seats feel roomy and comfy, well we’ve managed to sleep well on both journeys anyway! Now back to rainy Manchester…next destination Latvia in November.